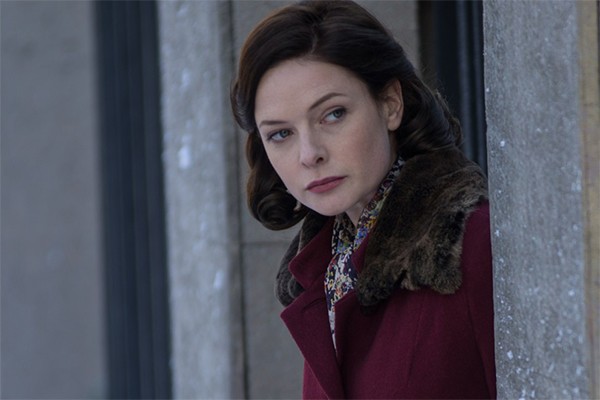 Despite the Falling Snow

Despite a plot that anyone with half a brain could predict, your heart would have to be made of cement not to fall in love with Sam Reid’s earnest portrayal of the male lead in Shamim Sarif’s Cold War drama, Despite the Falling Snow. Reid plays the warm young Alexander, living in communist Russia and politicking his way to a better country post-Stalin. Here he meets Katya (Rebecca Ferguson), a beautiful administrator, and, unbeknownst to him, a spy for the Americans, who initially takes an interest in him because of his position. But (here it comes…), the pair end up falling in love.

The film is told via a series of flashbacks and early nineties sleuthing, as Alexander’s niece (also played by Rebecca Ferguson, it’s weird), her journalist lover, and old Alexander (Charles Dance) try to piece together what happened to Katya after Alexander defected. The story weaves together multiple characters until every piece in the puzzle comes together, but instead of being angsty and suspenseful, no one missing piece is stressed enough to make us strongly suspect anyone, or, better yet, suspect everyone.

The only reason I sat through two hours of terrible Russian accents, close ups of Ferguson’s eyes, and cringing at the fact that the woman who was sleeping with dreamboy was also playing his niece, was obviously because I love dreamboy, and because I wanted my predictions to be proven right. There was hardly any satisfaction in that anyway, because every step of the way Sarif spoon-feeds us exactly what’s going to happen before it’s even shown on-screen. It doesn’t help that it appears Ferguson can only do three emotions: sexy-eyes, tears, and drywall.

This film feels reminiscent of Robert Zemeckis’s Allied, or David Leveaux’s The Exception, which were both received with far better acclaim, so, if this is your kind of movie, maybe give one of them a go. However, if Sam Reid and stunningly alluring cinematography and lighting is your thing, this might be for you.