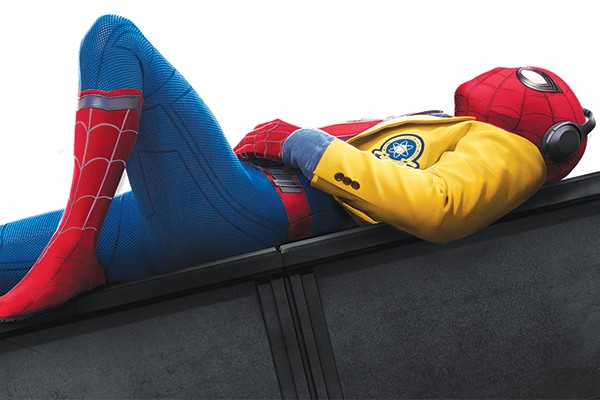 We witnessed Peter Parker’s long-awaited entrance into the Marvel Cinematic Universe in last year’s Captain America: Civil War. Homecoming sees Tom Holland return as the third leading man to don the Spidey-suit, and lead what is essentially a teen high-school movie set within a world of super heroes and villains. The film embraces its genre, and is self-consciously influenced by director John Hughes, especially his 1986 classic Ferris Bueller’s Day Off. We see Parker balance his school and social life against his secret Spider-Man identity and aspiration of becoming a fully-fledged member of the Avengers. We also get to see Michael Keaton play his third bird-related role, which is cool.

Humour is the most enjoyable part of the film. This is a much more light-hearted version of Spider-man relative to when Tobey Maguire wore the suit in Sam Raimi’s 2002 version. Another aspect of the film that I really enjoyed was the role that Iron Man (Robert Downey Jr.) plays, in a way he serves as the Uncle Ben type father figure to Peter Parker, and the interactions between the two characters were always entertaining. The film wisely doesn’t dwell on Spider-Man’s origin story, as it assumes that the audience knows how Peter Parker became a super-hero, allowing it to move forward and focus on a unique story.

The film fizzles out slightly in the middle and is perhaps fifteen minutes too long, which, along with a somewhat lazy/convenient plot decision that occurs towards the end, takes away from what was otherwise another highly enjoyable Marvel film.