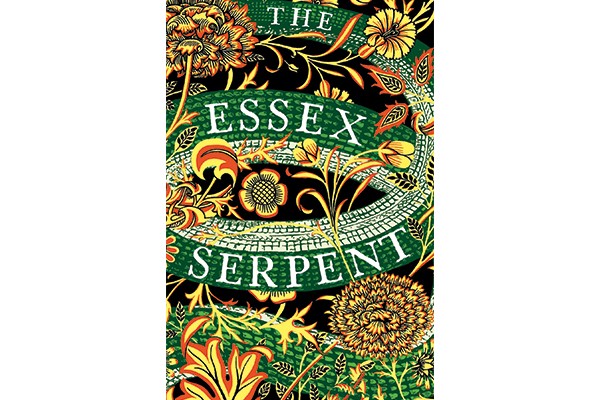 Sarah Perry’s second novel, The Essex Serpent, is an enticing Victorian gothic thriller. It was the winner of the British Book Awards Book of the Year, Waterstones Book of the Year and was shortlisted for the 2016 Costa Novel Award. Perry has created an extraordinarily wide-reaching and polished work of fiction. She shows sensitivity and understanding of individuals within vastly different spheres of society.

The main focus of the novel is Cara Seaborne, a recently widowed so called ‘society lady’ of London, reeking of scientific discovery and palaeontology, who escapes to rural Essex. She unwillingly befriends the local parson, shepherd to a flock who seem to have only just finished burning witches. In recent months, a centuries-old monster of the deep has supposedly come back to life, terrifying the villagers. Cora gets swept up by the mania and resolves to discover the beast, cement her name in the British Museum, and join the ranks of her scientific heroes.

Their journey, as well as that of Cora’s long-suffering London friends and acquaintances, is delightfully intricate, lacking in pattern and predictability. Perry clearly illustrates how battles between science and religion, superstition and reason take place in day-to-day affairs.

Perry has a talent for delving deep into a character, for conveying the complexities of the human head and heart, their virtues, shortcomings and quirks, and leaving us feeling as if they were living and breathing before us, and have been for years. We see in them what we admire and hate in ourselves: reason and superstition, faith and despair, fear and love, rationality and madness.

Perry blends a coherent and concise writing style with orchestral imagery, as if following an epic composition from the serene and delicate front rooms of the rich to the frenzied back streets of London, from the innocent and naive to the spiteful and malicious.

This is a book you will not want to put down for fear it will carry on going while you’re not reading it. Its sheer originality will strike you, but the real wonder of this novel is the tender consideration Perry shows each of the characters, and the fondness you end up feeling for all their fumblings and foibles.