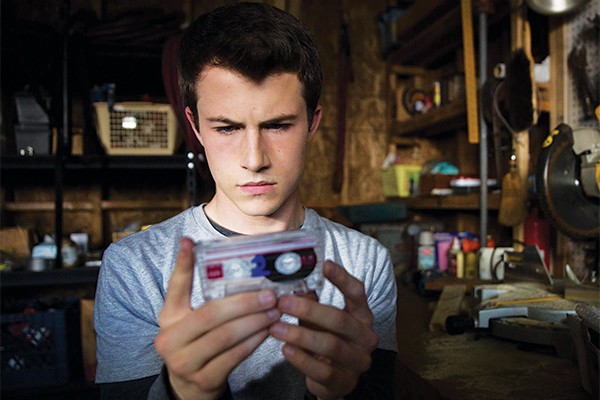 13 Reasons Why is a recent addition to Netflix and is a show about suicide. It is centred around a teenage girl who commits suicide and organises for 13 tapes to be sent to the 13 people she blames. The show attempts to address the complications technology has added to bullying and abuse, and appears to be trying to make people think about how their actions might affect other people.

There has been a lot of controversy around 13 Reasons Why – New Zealand has even created a new classification for the show (RP18) in an attempt to mitigate how the material might impact young people.

I have heard multiple people defending the show by saying that it is important to talk about suicide and the issues surrounding it. However, this is only true if it is done in a meaningful way. 13 Reasons Why treats suicide like a chess game, as a reaction to a specific series of events. The whole concept is a revenge fantasy – maybe the kind of thinking that a teenager might have: “if I kill myself then they will feel bad.” Suicide isn’t being discussed in this show; it’s being used as a plot point to drive a thriller and a drama. The show doesn’t address the underlying issues; suicide is only there to be edgy. The controversy surrounding the show is only adding fuel to the fire – it’s successful because we keep watching, the drama pulls us in, we want to know what all the fuss is about.

The only thing 13 Reasons Why actually captures is the feeling of immense guilt many people do feel when a friend or loved one commits suicide. However, the show turns around and tells you that you should feel that way. The message of 13 Reasons Why is not meaningful or helpful, and it is not a good start to important discussions around youth suicide. It’s purely a teen drama focused on being a teen drama, and nothing more.