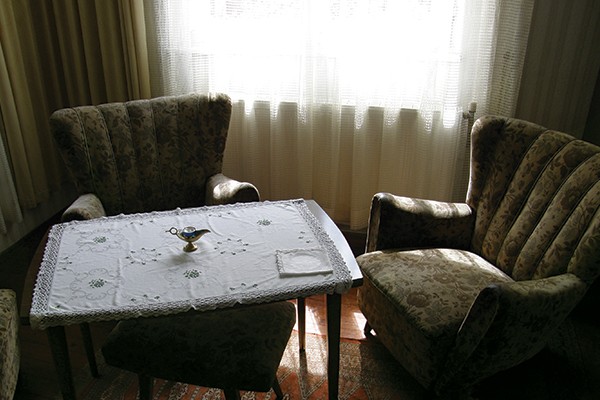 Once upon a time a younger unfamiliar version of myself left an empty buckets worth of die cast miniature cars in the long grass in our backyard. This silent convoy was uncovered by my dad as he was pushing about our two-stroke suburban Sunday soundtrack machine. Without notice, small colourful fractured pieces of automotive infancy, whipped from a standstill by rotating steel blades, tore through the catcher’s hardened plastic and into raw autumn flesh. It’s a faded memory but the loss of the treasured objects bypassed any feelings of guilt or remorse brought about by the fresh open wounds on my father’s legs. All I know is that in the twenty years that I lived under my parents’ roof I was never asked or coerced with money or such to mow the lawn.

And it was one of these days. There was activity in the backyard and the smell of freshly cut grass for me was always married to debilitating hay fever and if it wasn’t garden maintenance that set it off it was the farmland that bordered our small housing commission estate. By its proximity to the nearby food cannery I had a feeling our neighbourhood was constructed primarily to house its workers. It was a floodlit groaning organism that never slept and the constant scent of cindered vegetables rarely abated. Accompanied by two friends we set off to circumnavigate the factory. We had found a narrow muddy path that traced the footprint of high chain mesh fence that bordered the facility. On our journey we stumbled upon two boys who had ventured out on what appeared to be a sewerage pipe spanning two muddy banks. One of the boys was stuck, crying and stranded five metres above a stinking ditch of stagnant water and god knows what else. We were in no position to help. We continued on. One of our party lost his watch and convinced us to retrace our steps in order to find it. The boys, the watch and our sense of time had disappeared. We returned home. The lounge was silent except for the television. In Paris bodies were being untangled from the wreckage of a black Mercedes Benz.

I remember eating breakfast as a five year old watching Challenger explode and return to earth in long arcing trails of white smoke, all the time thinking which bits are the people? It was easier to grasp and more gratifying than watching the grainy footage of a smouldering Chernobyl or watching the children’s current affairs television program ‘Behind the News’ explain to a room of nine year olds why Iraq had invaded Kuwait and why a distant America was intervening. Ten years later my parents scolded their deranged teenage son who interrupted another bout of weekend gardening with the distastefully fabricated tale of a gunman at the Port Arthur historic site.

Two years earlier, Ayrton Senna would crash and die on an easy curve, Kurt Cobain would top himself, and on the other side of the world, in a place that I’d never heard of, David Bain would make an emergency call

Tragedy is everywhere. Sometimes it appears all memory is bookended by bad experiences, so when the music publicity machine reduces music to cliché dark, challenging or difficult it’s maybe only describing the conditions in which it germinated, not its production and definitely not the actually recorded thing itself. You only have to turn on the television, the radio, social media, or go for a walk to find dark. Dark is not art.

‘Non Compos Mentis’, the debut album from I.E. Crazy should not be celebrated solely for its dark tone and difficult subjects. That ignores the lushness of the orchestration, the crushing vocal performances - it's Annie Lennox colliding with Diamanda Galas, and it’s great storytelling too. It’s these elements that make this record unique and why you must own or at least listen to it. Do it. By whatever means necessary. It’s ecstasy.