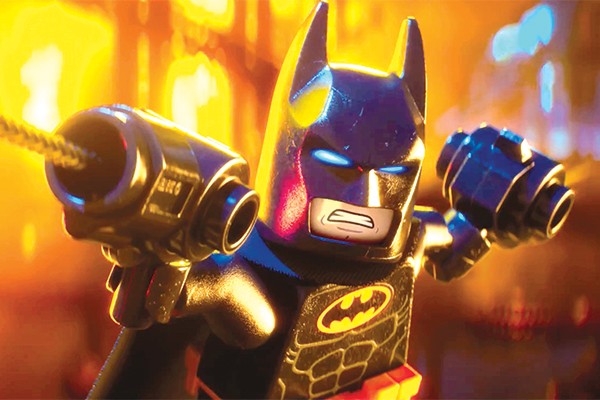 As an avid Batman fan, or Bat-fan, viewing the Dark Knight in all his glory as a brooding LEGO figure was quite the treat. It was fraught with references from both on-screen and comic book depictions of the Caped Crusader, with some very sly ones for those who have extensive knowledge of the Batman mythos.

This particular adaptation of the Batman/Bruce Wayne (Will Arnett) saw him once again battling the Joker (Zach Galifianakis) in order to save Gotham City, whilst simultaneously juggling his newly adopted son Richard ‘Dick’ Grayson (Michael Cera), whom he fosters as his sidekick Robin somewhat begrudgingly. They set out into the brick version of the DC Comics Universe, encountering numerous heroes and villains both familiar and almost unheard of (but all nevertheless canonical). The Bat receives help along the way from his butler Alfred Pennyworth (Ralph Fiennes) and Batgirl/Barbara Gordon (Rosario Dawson). Overall the story is well executed and sticks with the character of Batman that many adored during 2014’s The Lego Movie. His insistent need to be sarcastic and the centre of attention never fails to bring joy to a scene.

I am such Bat-fan, however, that I do have some gripes. The romantic attraction of Batman to Batgirl is primarily just, well, gross. In all other iterations of these characters Bruce is like a father figure to Babs, who has a romantic relationship with Dick Grayson. The implication that Bruce has feelings for her is frustrating and, well, fucked. Secondly, and this gets me right in the nerd-feels, is the representation of Dick/Robin. He is portrayed as an excitable, submissive, whiny jellyfish. He is very campy and not accurate to the character at all. Yes, I can appreciate that this is marketed as a comedic children’s film, but it still hurts ok? Especially because Chris McKay is also slated to direct a live action Nightwing film in the future, Dick Grayson’s mantle following Robin.

Despite these two slight irritations, this film lives up to the hype and charm of its 2014 predecessor and has multiple moments of hilarity, sentimentality and nostalgia.