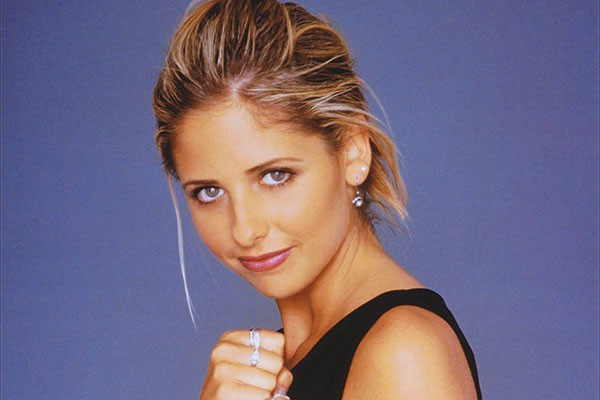 In March 1997, the first episode of Buffy the Vampire Slayer was released. Little did the cast, crew, and creators know that this supernatural teen TV show would turn out to be incredibly successful, hailed by both critics and fans. In fact, Buffy went on to inspire many other shows like Veronica Mars, Supernatural, iZombie and even the recent Crazyhead. Twenty years on Buffy is still a cultural phenomenon, influencing our TV, books and film.

Buffy the Vampire Slayer follows the titular Buffy Summers and her endeavours to lead a somewhat normal life while also being the one and only Vampire Slayer. You see her tackle bullying, abuse, awful teachers, love, sex and friendship while also decapitating and staking demons, vampires and other monsters. Those monsters in turn become metaphors for issues that Buffy tackles.

Buffy expertly explores characters and relationships, developing them slowly and unexpectedly, often challenging the stereotypes and roles toted in teen dramas. Buffy’s relationship with the people around her is what makes the show shine. It isn’t married to having a character remain stagnant in the same role for the duration of the show. You will see best friends turn evil, demons become good, and everything in-between.

The Slayer is supposed to work alone, protect people and keep her double life a secret. Instead, Buffy includes her friends, and together they help her prepare, train and reaserch. Previous slayers died and struggled alone; Buffy survives because her friends are there to support her. While essentially a drama, the comedy and humour running through the show give it life - Buffy never takes itself too seriously.

Even after all this time, people still engage with this amazing and groundbreaking TV show. Buffy remains relatable and relevant. Fans range from young to old, from those who saw it as it aired, and those who binge watched it all last year.

If you want to see something simultaneously painfully ‘90s, while also incredibly before its time, I would highly recommend taking on seven glorious seasons of Buffy the Vampire Slayer.