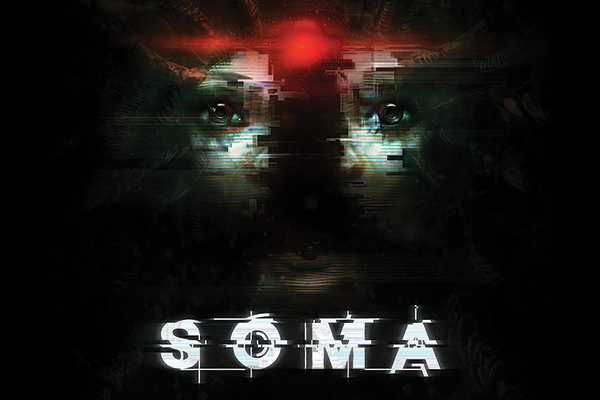 SOMA is a first-person science fiction horror game that was released online in late 2015. Its story begins with its protagonist Simon Jarrett waking up in his apartment to a phone call from a doctor about an appointment for a brain scan later that day. After searching his apartment and reading news clippings, it becomes clear that Simon has suffered from some brain damage after a car accident. Simon heads out to the appointment, arrives at a dishevelled office, and meets up with the doctor. He’s placed into a bizarre scanning machine—and wakes up in some kind of underwater laboratory. Simon has no idea where he is, how he got there, or how to get home again.

SOMA is littered with hints, clues and puzzles to solve. You really need to listen to all of the game’s audio recordings and read the little bits of paper floating around in order to piece together what’s going on. There is no direct fighting, but there are many things chasing you. Much like its predecessor, Amnesia: The Dark Descent, SOMA relies heavily on psychological horror over jump scares. The facility is cold, damp, dark and creepy. Nobody is around for you to ask for help. You have to find your way around by yourself.

SOMA certainly is creepy and unsettling. One of the more memorable moments for me was coming across a robot that was screaming and suffering in pain—almost as though it was human. Another memorable sequence involved being chased upstairs by a large robot that would kill Simon instantly—and this resulted in much yelling from myself and the friend I played with.

SOMA is a decent horror puzzle game, but it wasn’t particularly mind-blowing. I was guessing what would happen in the plot from pretty early on, so the twists weren’t too shocking, even if it was hella creepy. The game is only about nine hours long, and taking time between sessions takes away from the game’s magic a little—so, I would recommend playing through SOMA in the dark and in one sitting for maximum effect.