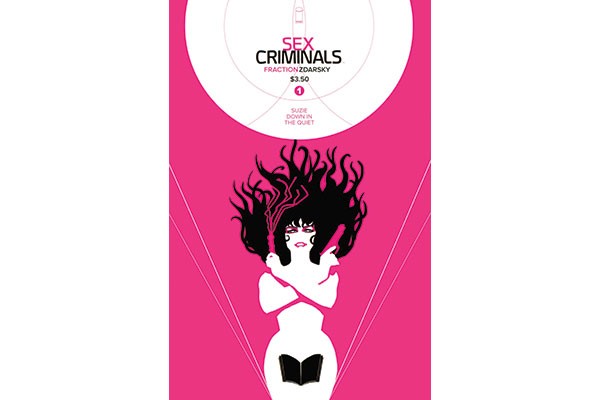 Sex Criminals is about Suzie and her extraordinary ability to freeze time upon orgasm. Growing up, she spends a lot of her time alone in her orgasm induced solitude until in adulthood, she meet Jon, has sex with him, and they discover they both have the same ability. They form an instant bond (how could you not?!). When the library Suzie works at is under threat of being closed, the pair decide to use their power to steal money from the bank where Jon works to save the endangered library. In doing so, they attract the attention of the Sex police—other people with the same ability attempting to prevent people like Suzie and Jon from abusing their powers. Anyway, if time-freezing-orgasm powers didn’t get you interested, I don’t know what will.