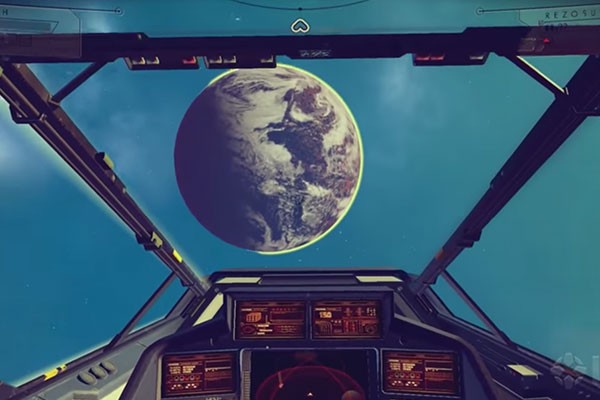 Cut me into pieces and rocket me into deep space, this game was a mistake. Hype has been surrounding No Man’s Sky since it was first announced in 2013, and has only increased as more gameplay trailers have been released. Players could explore the entire universe, engage in massive intergalactic wars, savour the beauty of endless new planets. But as soon as the game came out, fans were disappointed.

The main sell of the game is that it is entirely procedurally-generated. Every star, solar system, planet, mountain, animal, plant, and rock formation, everything is randomly generated by the game’s engine. This sounds good – and it’s certainly technically impressive – but it makes the game feel like a mess. The first couple of planets you visit are astonishingly unique, but after a while the mask falls away and they feel functionally identical. You visit planets, scan them, mine for resources that you can use to repair your ship, and communicate primitively with alien races, but none of it seems to have any effect or significance.

Hello Games doesn’t appear to understand that exploration only works in a game if you have other things driving you. The exploration in Shadow of the Colossus is interesting because you are always working towards sixteen boss-shaped goals with a bigger sense of duty hanging over your head. Exploring in The Witness feels like you are constantly on the verge of discovering something revelatory about the island you are on – and even if you discover nothing, the game still manages to maintain that feeling of mystery. There is absolutely fucking nothing in No Man’s Sky that makes me want to continue exploring it. The multiplayer is absent, the economy non-existent.

This is representative of everything that is wrong with open-world gaming. Yes, No Man’s Sky grants you the freedom to go wherever you want, and see whatever you want – after all, the bigger the game world, the better! But once the size of the in-game universe is functionally INFINITE, where the hell are you supposed to start? Upgrading your horribly-controlled ship in No Man’s Sky means nothing, because the only thing you can do with it is explore more IDENTICAL FLOATING ROCKS.

You have two end-goals in No Man’s Sky. One of them is to follow the Atlas Path, a series of stations that guide you towards a final station. But nothing happens once you get there. It’s just a red herring to keep playing. The other end-goal is to get to the Galactic Centre of your part of the universe, as though a great mystery awaits you. However, this is a stupidly arduous task. One online commentator said that after two straight days of doing nothing but travelling at light speed towards the centre, he had travelled a full 0.0001 percent of the total distance. That’s a testament to the game’s size, but once you get to the centre, what happens? You are launched back into outer space, all of your items and upgrades are destroyed, and the game starts over. All your hundreds of hours of gameplay mean diddly-squit. This is fucking insulting.

I feel so sorry for Hello Games. No Man’s Sky has been their project for the last few years, and it’s been one of the most anticipated games in recent memory. Its Wikipedia page reads like it ought to be a story of triumph: a small games studio, destroyed by a flood, rebuilding from the wreckage and then wrestling through several legal and technical issues to give us this. But the game is unfinished, it’s buggy, and it’s just plain dull. It does nothing that other games haven’t already done before and better. It’s a tool for people to create randomly-generated desktop wallpapers, and one that currently costs $99. I have since discovered one article that claims No Man’s Sky is an existential crisis simulator. That thought is more entertaining than the actual game was.