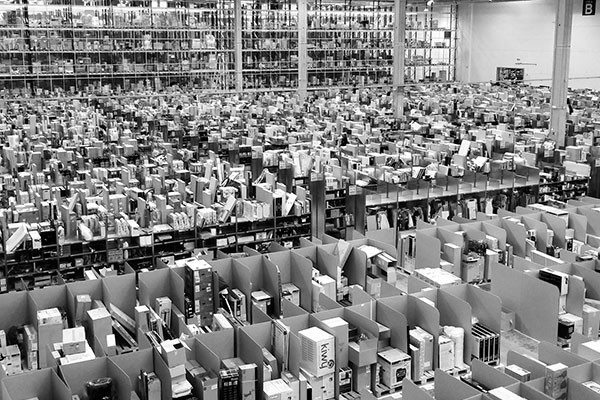 Ebay, Trademe, Amazon, Alibaba… all names we are familiar with, sites designed to allow consumers and merchants to come together and exchange goods for a fair and reasonable price. E-Commerce comes in four main forms: consumer to consumer (Trademe), business to consumer (Rebel Sport, Warehouse), consumer to business (Second Video), and business to business (Print Shop). From cheap textbooks to groceries, it is the way of the future.

Logically, e-Commerce is ideal. Costs are kept low as there is no need for a brick and mortar shop, goods can be sent straight from a warehouse to the front door avoiding markup, and the buyer can shop from the comfort of their home and avoid the whole saga of finding pants and a clean top. Prices are dictated by supply and demand, and online banking makes the transaction cashless and paperless. It is a classic example of Adam Smith’s invisible hand. So who could lose?

That’s where it gets tricky. Emotionally, everyone loses…in some form. Successful e-Commerce traders either buy out their smaller rivals for cheap, or kill them slowly by undercutting their prices. Corporations like Amazon can swallow the losses, which will be at worst an eighth of a percentage point, whereas smaller companies straddle the line between profit or loss. The lack of smaller companies means we as a society relinquish the familiar setting and employees of the shopping centre in favour of faceless and soulless corporations all in the name of saving a couple of dollars, in time putting those people out of a job. This loss of social interactions means we subconsciously lose social skills. From an employee’s perspective in an e-Commerce warehouse, read the interesting tale by investigative journalist Mac McClelland. She went to work as a ‘picker’ running around and filling orders in a several-hundred-thousand-square-foot warehouse. It made me appreciate my job.

Mike Power of The Guardian notes that the first e-Commerce trade was done in the early 1970s through the ARPANET (the internet’s precursor) for marijuana between students from Stanford and MIT. Fast forward 40 years and drug based e-Commerce is taking place on the Dark Net. Silk Road was a website run by Ross Ulbricht, known as the Dread Pirate Roberts, a moniker taken from The Princess Bride to represent a character who always exists and can never die, much like The Phantom. The site was closed down in 2013. Police arrested Ulbricht and charged him with crimes including money laundering and conspiring to traffic narcotics. Ulbricht steadfastly denies that he is the DPR that they were after and insists he was set up by a former DPR.

One argument that came out in light of Ulbricht’s case was fair and reasonable–Silk Road was a place for willing buyers and reliable sellers to conduct business. You only went there if you wanted certain products, and poor service and products were quickly identified through feedback forums. It was safer than buying mystery substances on the street.

On a practical level, e-Commerce is unavoidable. It makes logical fiscal sense as it cuts down on shop space, employee costs, and eliminates additional fees tacked on through the supply network. However, it means the loss of the human interaction from the buying and selling of goods. The shift towards large conglomerates monopolising trade supply chains is inevitable. My concern is the larger impact we impart is far greater than the few dollars we saved by clicking “buy now”.