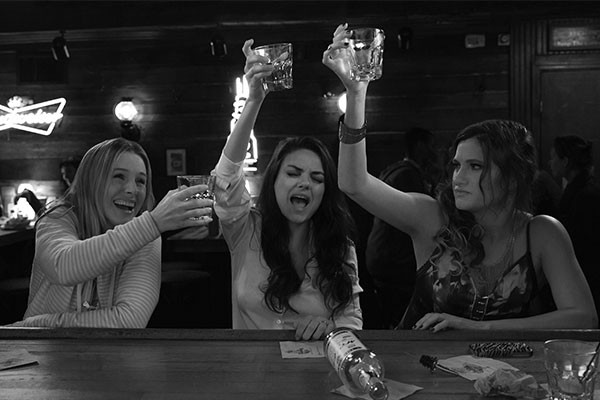 Amy (Mila Kunis) is a young mother who works part time, takes care of her children, and does the housework. She’s stressed, busy, and always late. After a considerably terrible day, she defies the PTA president Gwendolyn (Christina Applegate), and decides to quit being a good mom. She befriends Carla (Kathryn Hahn), a hot, single, sexually active mom and Kiki (Kristen Bell), a weird stay at home mom with four kids. The three of them proceed to party, get drunk a lot, go see movies together, and generally abandon all the extra responsibilities. They still love and care for their children, but they just don’t do so much just to meet the ‘good mom’ criteria.

Bad Moms is what you’d expect. With a soundtrack featuring many pop bangers and slowmotion drunk scenes, it’s cheesy, silly, corny and very predictable. But, it is fun nonetheless. It was cool to see a movie about mothers, mothers who work, and the difficulties that mothers face. The main story was about the women, their decisions and their children, with only a couple of men making brief appearances. My favourite part by far was Amy’s brief speech to her son about entitlement, and how she didn’t want him to grow up to be an asshole.

There was some effort put into having a diverse range of mothers in the background during PTA meetings, notably with women wearing hijabs and obviously from other cultures, but the main cast was still mostly white. PTA president Gwendolyn and her cronies Stacy (Jada Pinkett Smith) and Vicky (Anna Mumolo) were essentially the plastics at their core, but in mother form. There’s a couple of references thrown in there just to make sure the connection to Mean Girls is clear.

Overall, it was a fun movie, but definitely nothing particularly special.