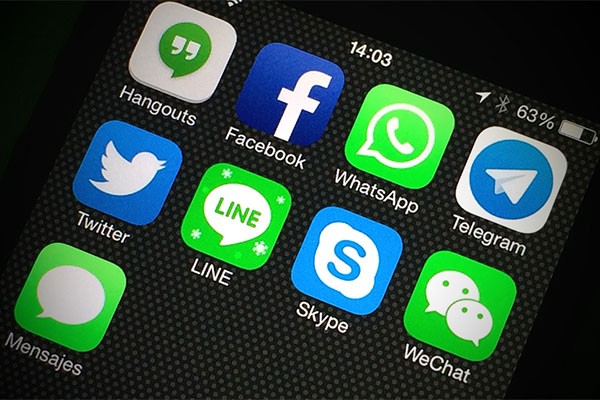 WeChat is the Chinese multi-platform social networking app produced by Tencent which is dominating inside the Great Firewall. Available on both Android and iPhone, it makes common social media sharing apps like Messenger, Snapchat, WhatsApp and Instagram look like glorified telegraph keys.

What can WeChat do? Basically everything that all the individual apps on your smartphone can do. The Economist (6-08-16, p.50) points out that alongside the usual functions one would expect like text messaging, voice to voice communication, and video conferencing, WeChat allows users to pay bills and deposit money, to book and pay for taxis, and even make hospital appointments. According to the unnamed Economist reporter, “WeChat has flourished for simple, commercial reasons: it solves problems for its users, and delights them with new and unexpected offerings.”

WeChat owes its initial success to the high cost of SMS messaging in China, and the popularity of Tencent’s instant messaging service QQ. Watching a developing market, Tencent were able to create a version of QQ for the smartphone, which became known as WeChat (also called WeiXin). However, their continual success is that in they continue to provide novel features that their rivals do not.

In January 2014, WeChat were able to integrate tradition and technology with the gifting of the red envelopes. Red envelopes (usually containing money) are given out for Chinese New Year and other holidays for good luck. WeChat took it one step further and allowed the money to be credited to the individual bank accounts. They also made it possible for a sum of money to be divided into random amounts between the recipients, even adding in things like limiting it to the first 20 people who opened the envelope.

It is possible to argue that the only reason WeChat is dominating the social networking market in China is due to the lack of competition, but it is more complex than that. While it is true rivals like Messenger and Instagram are not available inside China, they also lack the abilities that WeChat offers and makes it so well liked. Sociologists Che Hui Lien and Yang Cao (2014) researched whether word of mouth played a major part in the app’s success. Lien and Cao’s findings suggest that WeChats success is in part Pygmalion. As more users talk about the benefits of the app, regardless of whether they use it for entertainment, socialising, or information seeking, then more users will download it, which in turn influences Tencents actions to keep providing support and offering more services.

Lien and Cao note one of the strongest aspects of WeChat is the field of the consumer review. In general, people trust the opinions of friends and family. Like other messaging apps, opinions about products can be shared on WeChat, but WeChat differs slightly from their Western counterparts. If a certified official account makes false claims, then WeChat shuts down their account. If Twitter/Facebook/Instagram etc did the same thing every time a company is caught lying, we would have a very different digital marketing landscape.

WeChat is the app that can change the world. It is leading the way towards the cashless economy, connecting people and companies, and allowing its users to do almost anything from transferring money to booking hospital appointments. Current rivals like Facebook are looking at WeChat with earnest, but I believe a replica will never reach the domination that WeChat has. At the same time, while only available in China, I also believe that should WeChat operate beyond the Great Firewall, its fate will be sealed like the Rhinoceros Beetle against a cohort of Meat Ants (Monster Bug Wars).