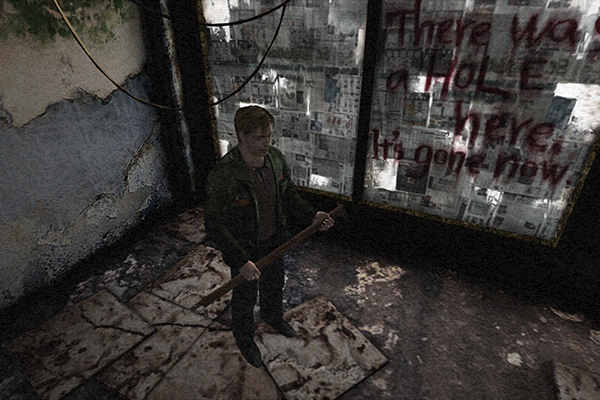 Modern gaming can be alienating to some. This is not because of excessive difficulty or because of technology advancing too quickly, but because of sensory overload. There is a trend for modern games to be open-world, action packed, maximalist blockbusters. One can quickly get fatigued by them; if you have the freedom to do everything, you lose the desire to do anything. To compare, here are two games that deliberately make the player feel completely alone.

Silent Hill 2 is a horror game that was released in the red-letter year of 2001. Its prequel was a game that worked within the technological limitations of the original PlayStation to create an unverving, fog-filled environment. The town of Silent Hill is an abandoned shell that is not haunted by anything in particular. Rather than be a host for a higher power, the town seems to act as judge of whoever wanders into the town, taunting them with an ironic fate that matches whatever sins they may have committed in the past.

While the first Silent Hill was a more standard horror affair about demons and lost children, the second Silent Hill took the setting of the first game to create an exercise in psychological horror. You play as James Sunderland, a man who has received a letter from his wife inviting him to Silent Hill – except his wife has been dead for the last three years. He feels like he has nothing else to live for, so he pursues her invitation. He searches through the broken town in the occasional company of strangers, each of them with their own worries—and one of them looks exactly like his late wife.

There is so much that is wrong with Silent Hill 2. The combat is very clunky, and aside from the tear-jerking monologue that ends the game, the voice acting is terrible. It’s unclear whether these were deliberate ways of making the player feel unease. But all of this can be ignored for how well-told the story is. The game is one of the few that deals with mature themes in a genuinely mature way. It deals with themes of guilt, depression, sexual impotence, incest and social ostracisation with results that are heartbreaking. It’s one of the most memorable stories in gaming history. If you can find the game, it will stay with you for a long time after playing it.