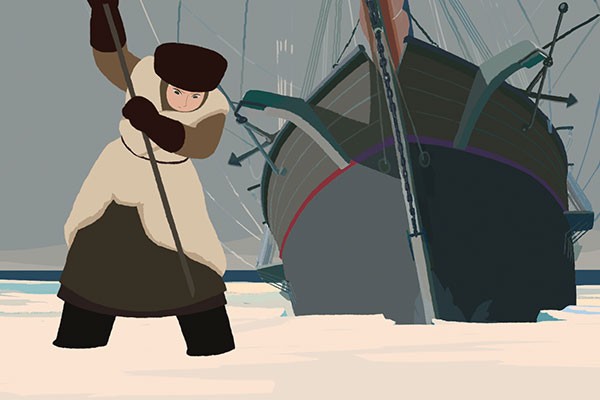 Playing at The Regent:

Long Way North is a beautifully animated fictional historical film set in 19th century Russia. The story follows Sasha, a resilient and determined 15-year-old young woman. Sasha’s beloved explorer grandfather has gone missing during his most recent expedition and is believed dead, with searches bringing back no sign of him. However, Sasha holds out hope that he is still alive.

After finding evidence that he may have traveled in a different direction than expected, and failing to convince anyone else of this evidence, Sasha sets out on an adventure to the North Pole to pursue her grandfather. This directorial debut for Remi Chaye is a pleasure to view with its strong, stylised animation and compelling characters. The Long Way North is a fantastic coming of age story that will strike chords with any audience