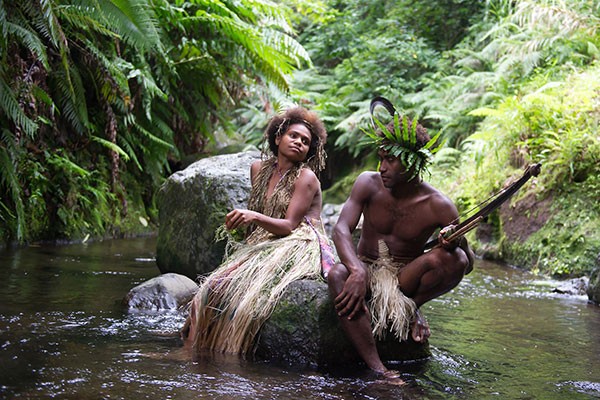 When dealing with a cast of men and women of vastly varying ages, none of whom have ever acted, you run insurmountable risk. So in directing one of the only remaining traditional tribes, Bentley Dean and Martin Butler face tremendous odds in their experimental drama Tanna. And yet, against these odds they prevail triumphantly with a simple, yet beautifully told love story stuck in a battle between two tribes.

What in principle is experimental in nature becomes naturalistic, sentimental, and vibrant. Whether it be a genuine connection between the tribespeople and the "spirit mother" within a volcano, the heartwarming chortles of the women as they wash their skirts in the river, or the raw exposition of anger and fear in the midst of tribal warfare, the film seems to have made itself. But make no mistake, this an overwhelming technical and cultural effort that must be seen to be believed.