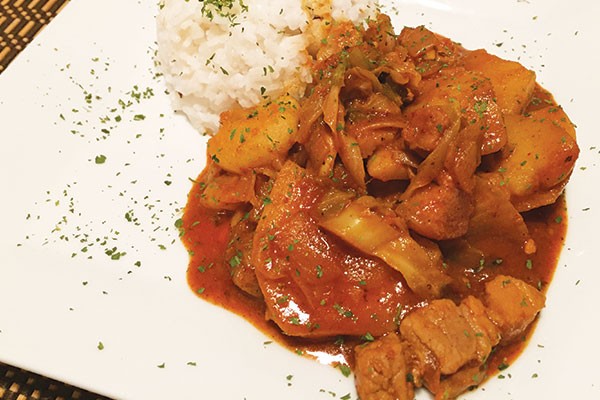 I was a sous chef in a kitchen where I learned this recipe. This is courtesy of my Korean friend, known as Daddy Jong. I was a bit stuck on what to write for the Critic this week, and he offered to make this dish from his homeland. According to people who have lived with him in the past, “It’s the one thing he CAN cook”. I could tell this meal had some deep meaning for him as he was knuckled down like a pro and got very engaged in the prep of it all. When he didn’t think it tasted right, he even conferred with his mother in Korea on how to fix it. Nevertheless I felt honoured to be learning this from him, there were some new ingredients for me, like the Korean hot pepper paste. My mouth was watering at the sight of this meal, but my nose was running from the heat by the end of if it. If you want something HOT (and yummy) to warm you up for the upcoming cold winter nights, this should do the trick.