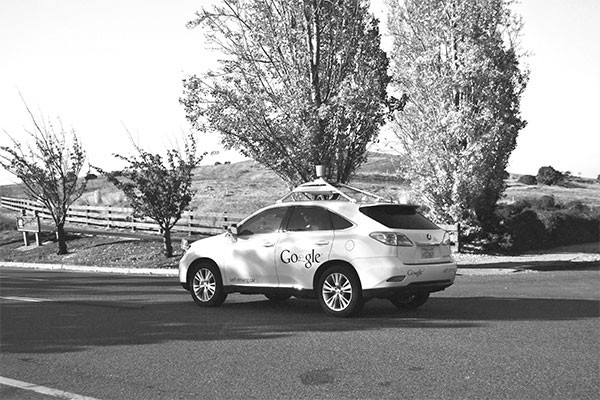 Why Do We Need...Automated vehicles?

Automated vehicles, colloquially known as self-driving cars, are arguably the greatest technological innovation to date that will have the largest impact on the broadest range of people. Pop culture icons like KITT (Knightrider) have laid the groundwork for an easy transition, and those with misgivings are shown road traffic accident statistics in an attempt to be swayed to support their adoption. While the current incarnations are not close to adequate, a Morgan Stanley Blue Paper (2013) suggests that onwards of 2025 automated vehicles will become commonplace.

Household names in technology like Google and Tesla are working with major car manufacturers towards having road worthy, safe, viable units on the road within the next 15 years. During the 1980s, two major projects (Navlab, Eureka Prometheus) were a turning point. Navlab was based out of the Robotics Institute at the School of Computer Science at Carnegie Mellon University in the US. Eureka Prometheus was a European initiative including France, Italy, and Germany. These projects have led to technology in place today like cruise control, collision avoidance and up-to-date data gathering about road users that we take for granted.

Automated vehicles are essentially smartphones on wheels. One long term goal is to implement a Siri/Cortana like system. Face cameras would be able to detect the driver’s alertness level and take action to prevent an accident. Radar and ultrasound allow the cars to self-park, and be aware of their surroundings. Many of the cars will have built in wifi to allow the driver to remain connected, as well as using the system to converse with passing cars to make decisions based on relative speed, congestion, and weather.

Automated cars offer so many perks. Author Chris Miller’s fatalistic short story “Swarm” paints a picture of a world filled with self-driving cars utilising swarm behaviour to get passengers from A to B. The benefits are greater energy efficiency, and reducing parking problems when shopping. Enos, a transportation non-profit published a report that claims if the automated vehicles made up 10 percent of the vehicles on the road, there would be 211,000 less road accidents a year in America, and a potential saving of 5.5 billion USD.

One benefit of automated vehicles widely used is in long haul trucking, and even local public services like taxis, buses, and trains would improve as driver fatigue would be eliminated. If driverless cars became the norm, legislation and policy would have to be completely rewritten. Who would be liable for accidents caused on the road? The driver, the software maker, the coder, the parent company, a hacker?

Globally, legislation is being written and debated approving the use of automated vehicles on public roads. According to the NZ Ministry of Transport, as long as you follow the road rules and have insurance, NZ roads are yours to play with. Regarding specific legislation, the MOT Intelligent Transport Systems (ITS) Technology Action Plan notes that NZ will monitor overseas trends and follow suit. Logically I can see the benefit (sort of) of using an automated vehicle for places with long stretches of road and minimal deviation, but NZ roads seemed to be designed using water and gravity.

To conclude, automated vehicles will be common occurrence in our lifetime, barring World War Beta. The technology exists, it simply (sic) needs refinement. Personally I would rather see the creation and widespread use of submarines in the same manner we use buses, trains and aeroplanes than the full adoption of autonomous vehicles. The comprehensive Blue Paper notes that when automated vehicles become mainstream, there will be a captive and unstimulated audience waiting to consume whatever is fed to them. Sadly, at some point, Western society will get to a place where we will never have to think for ourselves.