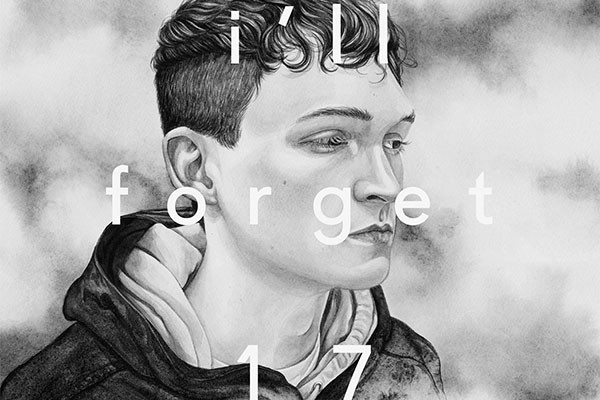 Lontalius (Eddie Johnston) uses repetition in all the right ways. I’ve been waiting on his album I’ll Forget 17 since its debut single “All I Wanna Say” came out in 2015. Each time Johnston sings “all I have to offer is my love, it’s not enough” I find myself sinking a little deeper into the song, believing it a little more. Johnston’s insistence is endlessly endearing, behind the heartache he knows how strong his melodies are, and most of all he knows the power of self-contained lyrical morsels that give just the right amount away.

This is the kind of record where nothing gets in the way. The production is so smooth, every guitar practically glistens, and not a single beat gets in the way of the gliding, mournful melodies. At first I wasn’t so sure about the strings on “Kick In The Head”, my first instinct telling me strings are always a bit much, but the more I listen the more it makes sense. If you were writing songs that were so simple and yet so, so lush why wouldn’t you use whatever instruments you could get your hands on to make a point? Sadness at seventeen (and looking back on it) warrants as many violins and violas as your heart desires. And I’m convinced that Johnston knows that there is more to sad, indie music than just a guitar and some scratchy vocals. Melancholy is crashing and rolling depths, it subsumes you, and to listen to this record is to find yourself swallowed whole, unable to even gasp for air between layers of liquid smooth instrumentation.

Even if you were the happiest of seventeen year olds, even if you’re the happiest of twenty-two year olds, there is something on this album that is going to grab you where you’re tender. For me it was “It’s Not Love”, a song that so consumed me when it was first released I resented going to work because while I was there I wouldn’t be able to listen to it on repeat. I found myself singing over and over “it sinks into your heart, hell it hurts but it’s not love” and laughing because there’s no way I could say it better myself.

If you don’t like unabashedly sad music then this album might not be for everyday use, but you would do well to keep it in mind for the next time you’re confined to your bed nursing a broken heart. This record never really surfaces from the depths of despair, and in the wrong mind-set this could be exhausting, but for those who are self-indulgent and miserable like me there is nothing better.

I’ll Forget 17 is low and soft, a tender caress, a moment in the sun, bare skin on fresh sheets. I’ve listened to this album so many times just to feel it out and I know I will listen to it many more. I’m not sure I’ve forgotten my teenage agony, but that doesn’t make this record any less touching.