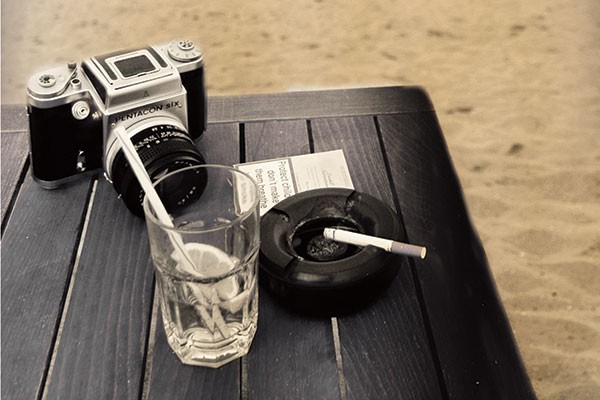 Disclaimer, by Renee Knight, is a thriller. Catherine Ravenscroft, after recently moving house with her husband, Robert, finds a book called The Perfect Stranger among her possessions. She has no recollection of buying the book. While reading it, she realises that the main character is a thinly veiled vicious portrait of herself and the plot is a retelling of what happened during a vacation she took twenty years ago with her son Nicholas. She never told her husband what happened to Nicholas during that vacation and Nicholas, now a surly drug user in his twenties, has no memory of what has become Catherine’s darkest secret.

Catherine’s copy of The Perfect Stranger contains the standard disclaimer, “This book is a work of fiction and any resemblance to actual persons, living or dead, is completely coincidental”, but someone has drawn a line through it in red pen. She doesn’t know who wrote the book or how it ended up in her home, but it’s clear the author knows too much about her and that they hate her. With her carefully constructed life collapsing around her, Catherine must decide whether she can bring herself to finally tell her family the truth.

Disclaimer has excerpts from The Perfect Stranger, including a couple of bizarre sex scenes. The whole conceit of Disclaimer is that The Perfect Stranger has been written by a real person about real people. The fact that Catherine’s enemy imagined her having sex in vivid detail is never really explained or addressed by the narrative. Catherine never dwells on it either, although it seems by far the creepiest part of the whole creepy business. The Perfect Stranger is a weapon of psychological revenge against Catherine intended to force her to unravel her carefully created façade. However, it does not seem plausible that this vengeful writer knows explicit details about Catherine’s sex life.

For Disclaimer’s plot to work, Knight relies entirely on a common contrivance. How much patience you have with this story will rest on how willing you are to suspend your disbelief. At least half of Disclaimer is written from Catherine’s point of view in close third person. The reader is privy to her feelings, thoughts and memories — except for the memory of her deep, dark secret, which she never actually thinks about because that would inconvenience the author and spoil the plot. The way her thoughts skitter away from what actually happened ranges from implausible to impossible, which makes the book difficult to read without being fully aware that the author is pulling strings in service of the shocking reveal. Anyone frustrated by such blatant authorial intrusion is advised to give this one a miss.

But if you can overlook that, Disclaimer is compulsive reading for that exact same reason. There is a secret and Knight withholds it, while ensuring that enough is going on in the plot to prevent the reader from getting bored waiting for the secret to be revealed. The characters are flawed, complicated human beings and the final reveal is a haunting one. Disclaimer is Renee Knight’s first novel and she shows a lot of promise.