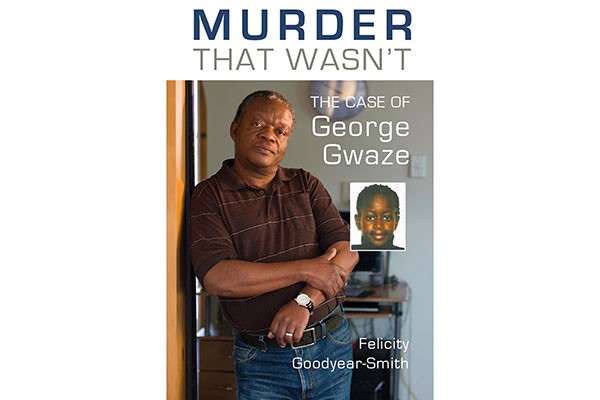 Murder That Wasn’t: The Case of George Gwaze

Unusually for true crime, Goodyear-Smith takes the position that no crime actually happened. Charlene contracted HIV at birth from her mother. Both her birth parents died, and Charlene and her older sister Charmaine were adopted by their mother’s sister Sifso and her husband George. For various reasons, Charlene went undiagnosed — although her superficial infections were treated, their underlying cause was not. She died suddenly, and medical professionals with no experience of, or education in, how advanced untreated HIV/AIDS presents in children mistook her symptoms for signs of sexual assault.

Because the medical professionals were unable to accurately interpret what they saw, her cause of death was reported to the police as suffocation following rape. The police had no reason to think there was any doubt about that diagnosis or the fact that a crime had been committed, and proceeded accordingly. As a result, the Gwaze family suffered terribly. Their privacy was invaded and their possessions confiscated. The family was torn apart.

Goodyear-Smith writes with clear prose and talks about science without being alienating. The only wrong note she hits is an odd one. In Chapter Four, Goodyear-Smith says: “The family were told that local Māori must be brought in to conduct a cleansing ritual on their house before they could return. This did not fit in with their own deeply held religious beliefs.” That is all the detail she goes into and it leaves a wealth of questions unanswered, including whether the ritual actually happened.

Finally, during the book’s conclusion, she expands on this slightly, saying: “The police required local Māori to perform a cleansing ritual on the Gwaze house before the family could return home. This could be considered culturally inappropriate to a deeply Christian African family.” Regardless of the Gwaze family’s beliefs, this seems baffling. Do Christchurch police officers make a habit of insisting upon cleansing rituals? Even the people for whom such rituals have great importance surely wouldn’t all appreciate having them ordered on their behalf by the police. For me, this needed further elaboration.

Murder That Wasn’t is upsetting in a number of ways. Injustice is never fun to read about, although it is important to be aware of it. Goodyear-Smith makes it clear how this injustice happened, with a special examination of bad science and how to prevent it. She concludes that the case against George Gwaze should be learned from, lest the many mistakes that were made be repeated. Anyone with an interest in New Zealand law, professionally or personally, should read her work.

Tags:   culture books review murder that wasn’t: the case of