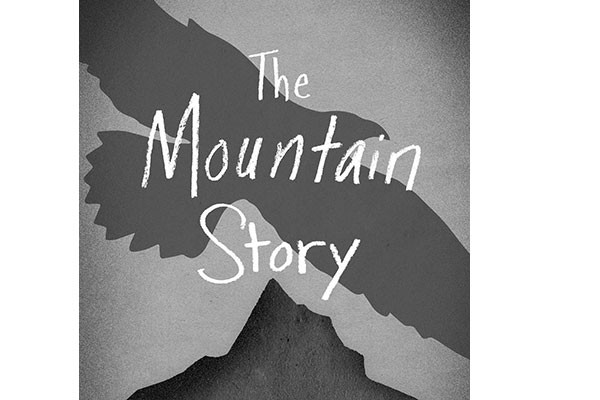 Thr Mountain Story, by Lori Lansens, is a survival novel. On his 18th birthday, Wolf Truly takes a tram up the mountain he spent much of his adolescence exploring with his best friend Byrd. A year before, Byrd was in an accident on the mountain that Wolf feels responsible for. This, along with the heavy thought of Wolf’s unreliable and unscrupulous father who recently killed two people while driving drunk, weighs down on Wolf while he travels. With no one left to care about and in the depths of depression, Wolf plans to commit suicide upon the mountain.

During the trip up, he notices three women. There’s an elderly woman in a bright-red poncho who appears to be an experienced mountain climber. Another woman, in her late thirties, is freaking out over the altitude and insists on talking to Wolf, despite his evident reluctance. There is also a teenager, around Wolf’s age, who is wearing impractical lime-green sandals. They all turn out to be members of the same family. The teenager is named Vonn Divine, her mother is Bridget, and Vonn’s grandmother is Nola. They’re there to find a lake unmarked on tourist maps, which Nola used to visit with her husband before he died. Nola doesn’t remember the way, and although Wolf wants to get on with his own plans, he feels he must help the three get to the lake.

Ensuing circumstances leave them trapped, with no way to return to the marked trails and narrow hopes of being found by rescuers. As soon as it’s clear what danger they’re in, Wolf decides that he no longer wants to die. The following struggle to survive is intercut with flashbacks to Wolf’s troubled childhood and, as the four grow closer and more desperate, terrible secrets are revealed.

Some of the circumstances behind the group’s suffering are perfectly feasible. Wolf elects not to take his usual rucksack and supplies with him because, obviously, he has no reason to suppose he’ll need them. Vonn’s impractical footwear also has a reasonable explanation. However, parts of the story feel a little overdone. Wolf’s slowly revealed backstory contains an amount of misery that would be believable in real life, since some people are simply unlucky, but it does feel slightly contrived.

By eking out this information over the course of the book, reserving it to supplement shocking reveals, the reader is unlikely to feel put off by Wolf’s unfortunate backstory while reading. But when reflecting on The Mountain Story afterwards, the number of tragedies that Wolf has to deal with and important secrets he has to keep is nearly ridiculous. The number of times Vonn’s mother, Bridget, messed up also felt exaggerated. She ran off the trail, failed  to cross over the improvised log bridge, lost the canteen and spilled the mints. It all seemed a bit much.

Despite occasionally veering near melodrama, The Mountain Story is a tremendously good read. Lansens is a master of sensory detail and realistic dialogue, and she never wastes a word. The themes of survival and family are satisfying on a primal level. And although she reveals a lot, Lansens leaves the reader with many things to think about. If you like survival stories, The Mountain Story is definitely worth reading.