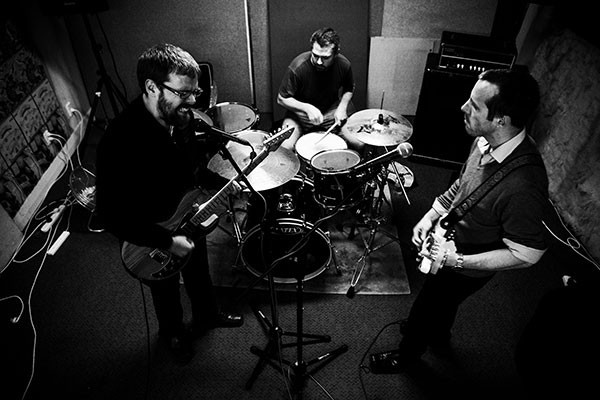 A punk band is a curious thing nowadays. Four decades ago, The Clash, The Sex Pistols and The Ramones were raging against the establishment and the decadence of mainstream rock with their lo-fi, hard-hitting, no-nonsense blasts of musical anger. Sure the music was unsophisticated, but was that not the point? The crude production was a by-product of this more democratic everyman style of music, able to be enjoyed and created by people of any class. It was characterised by a lack of deliberate refinement.

In the modern age, punk has become a shadow of its former self, totally divorced from its anarchist roots. I’m not even talking about the howling insincerity of pop punk, a genre that tries to reconcile marketability with a rebellious philosophy. I’m talking about the equally hypocritical like of Japandroids, perfectly described by Simon Sweetman as part of “a bratty emperor’s-new-clothes punk scam”. These are bands that go out of their way to make their music sound like it was recorded with a potato, even though production technology has in fact made it much easier to make clean home recordings. They use the bare compositions associated with classic punk music to disguise a lack of talent. There is a certain charm to lo-fi recordings and simple song structures, but that isn’t enough to qualify as punk. The bare-bones aesthetics of classic punk music were an attribute very much time- and technology-specific. How can a band claim to stand for heterogeneity and candidness when they try so desperately to fit a pre-existing mould? Raw sound quality and simple songs are characteristics associated with punk; they are not sufficient to make something punk. What these bands need is substance and passion, not just to appeal to the principles of “fast”, “loud” and “grainy”.

Thankfully, there are still real punk bands out there. These bands don’t just sound punk thanks to a desperate posturing, they actually fucking are. An example is Pussy Riot, an all-female Russian punk group who attack despotism and patriarchy. Other fairly recent examples are Flipper and Fugazi, bands who certainly meet the punk ideals of DIY production and musical straightforwardness, but also offer a seething and profound existentialism.

I am overjoyed to say that Trolls, the upcoming album from Auckland trio Ghosts of Electricity, is an actual punk album. It is not punk out of a desperate desire to emulate other punk bands. The band seems to have met punk paradigms organically and by complete accident. The band does not namedrop The Ramones in interviews, but heralds ambient electronica and Randy fucking Newman as their musical inspirations. Their songs don’t carry a vague anti-establishment message; they deal with race, gender and individualism in surprisingly eloquent ways.

Unlike the smug and calculated majority of punk bands nowadays, Ghosts of Electricity are not hiding lazily behind their music. They are in fact inside their songs, hammering them into interesting shapes, leading them to exciting places. “Parle Blanc” and “Guatemala” are prime examples of modern punk done right, stinking with sweat while wearing a shit-eating grin which they’ve actually earned.

Is fuzzy, assaultive rock music all Ghosts of Electricity have to offer? Apparently not. “On the Beach” does sentimental soft rock better than Kings of Leon have in years. “Between the Lines” is a curiosity indeed, sounding like a punk song playing at half speed and imbued with heartbreak. It sounds a little like Scratch Acid covering “Under Control” by The Strokes.

For those of you yearning for honest punk music in 2015, you needn’t look very far. Punk is alive and well, and apparently living somewhere in Auckland. Unlike so many others, Ghosts of Electricity spurn emulation and affectation. As the band themselves purport, theirs is “the sound of the real New Zealand, the poetry of a generation of wandering Kiwis, staggering home, wondering what the hell happened”. One heck of a debut from what may become a national treasure, Ghosts of Electricity’s Trolls is well worth your time.