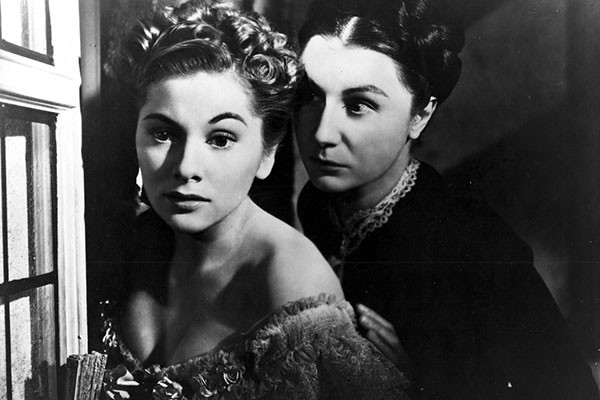 Hollywood has made every flavour of brooding, handsome bachelor-zillionaire who loses his shit over the shy, boring heroine. So when a film like Gone Girl comes along, it’s refreshing and thrilling. Unbeknown to many people, before Gone Girl, there was Alfred Hitchcock’s Rebecca. Painted in a dark palette of female jealousy and obsession, Rebecca is a captivating film that challenges gender roles and female sexuality.

Narrated by a nameless heroine (Joan Fontaine), the audience learns that Rebecca is an extended flashback — one that offers an unsettled feeling of repression for the audience through the film’s setting, Manderley, a spooky ruined mansion that embodies an oppressive patriarchal order the heroine has failed to inhabit. After a playful affair, the heroine weds Maxim de Winter (Laurence Olivier), a man who recently lost his first wife, Rebecca. Glamorous, intelligent and fantastically beautiful, Rebecca is everywhere in the house; her name is embroidered on pillows and etched in letterheads. Her presence is concentrated in the West Wing, which the housekeeper, Mrs. Danvers (Judith Anderson), maintains as a shrine.

Convincing Maxim that they should host a costume ball, the heroine disastrously picks a dress previously worn by Rebecca, making Maxim explode with rage. Feeling as though she will never match Maxim’s first wife, the night takes an even more unlikely turn when Rebecca’s body is recovered from the boat in which she perished. Maxim confesses to the heroine that he detested Rebecca, a wicked woman. Like Gone Girl’s Amy, Rebecca’s villainy is uncertain. Her crime? Resisting male definition and exploring her sexual desires — a romantic relationship with Mrs Danvers is heavily implied.

Maxim is soon placed on trial for murdering his wife, but his name is eventually cleared. Distraught, Mrs. Danvers withdraws into insanity and burns down Manderley. Fire, the ultimate symbol of retribution, releases the heroine from the mansion’s patriarchal control. The end forecasts an unhappy future for Maxim, as the heroine possesses the one quality he most dreads, experience.

Shot entirely in a studio, the film is dreamy and restless; the Oscar-winning cinematography encapsulates the heroine’s experience within a suffocating, utterly interior world, which is also felt by the audience as Rebecca offers them an enthralling look into lurid Hitchcock mania and melodrama.