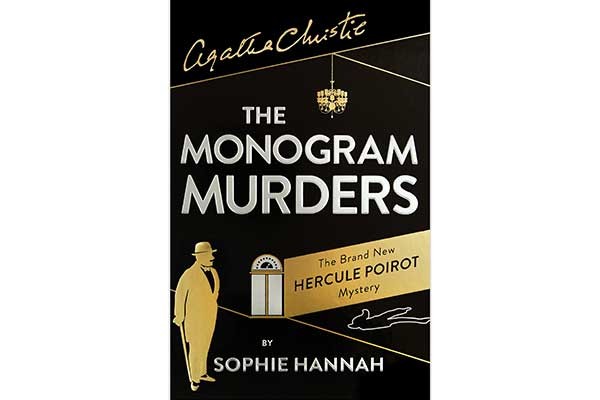 Sophie Hannah’s The Monogram Murders is a murder mystery starring Agatha Christie’s most famous detective, Hercule Poirot. Poirot is dining at a coffee house when a woman enters in an obvious state of panic. Poirot asks what is troubling her, and she tells him that she is about to be murdered. Despite clearly being terrified, she refuses Poirot’s offer of aid and says that it is what she deserves, that when she is murdered justice will finally be done. She begs him not to attempt to solve her inevitable murder.

That same night, police officer Edward Catchpool, who serves as the narrator of The Monogram Murders, returns to the lodging house he shares with Poirot. He has been at the Bloxam Hotel, where there has been a triple-homicide. The victims were found in three different rooms, laid out in the same way, and each of them had a monogrammed cufflink inside their mouth. When Poirot hears about this he connects it to the parting remarks of the woman at the coffee house, and becomes determined to find her in time to prevent a fourth murder.

Hannah’s Agatha Christie fan-fiction is of the credible imitation type. It’s easy to see why Christie’s literary estate gave it their backing. The author has produced an entertaining mystery with a lot of satisfying twists, and this Poirot brings new life to Christie’s own. Her original characters are also enjoyable, particularly Euphemia Spring, a highly observant waitress, and Margaret Ernst, who knows the murderer’s motive and spends her days guarding a gravestone.

While Catchpool, on the other hand is not strikingly interesting as a narrator, he has the advantage of being infinitely preferable to Christie’s own occasional narrator, Hastings. By making Catchpool a competent police officer whose chief weakness is insecurity, Hannah almost seems to have set him up as Hastings’ opposite (Hastings’ most notable qualities is pompous arrogance despite his own utter incompetence).

In some ways, Hannah’s fan-fic is a little too spot on, although she does refrain from emulating Christie’s racism, sexism, and bizarre prejudice against adoption.  Hannah mimics Christie’s habit of having Poirot randomly conversing  in French for a sentence or two. Christie was a middle-class English woman who wrote with a firmly middle-class English audience in mind,she could therefore assume that her intended audience understood some basic French, because at that point in time, they would have.  But now leaving untranslated French in your English novel simply looks like the author showing off at the reader’s expense. Still, The Monogram Murders is very good at being what it is, with a whodunit that remains intriguing throughout the entire story.