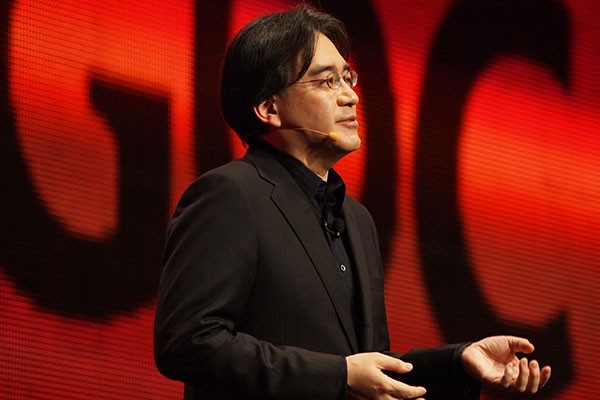 In mid-July, gaming (and arguably wider pop culture) lost an icon and a hero. Satoru Iwata, president of Nintendo, passed away, on to the great Rainbow Road in the sky. Although corporate leaders die all the time, Iwata was an exemplary president, and his life and death warrant conversations about how passion can strengthen business, what makes an inspirational leader and what makes a great human.

Iwata earned some serious credibility over the course of his career by climbing the ranks of the gaming industry and quietly improving the gaming world as he went. Iwata began his career as a lowly unpaid intern for Commodore. That’s the Commodore, creators of the Commodore 64, the highest selling model of home computer ever made. Being the geek he was, Iwata formed a coding and game-creation club with a group of friends … a club that would grow to become HAL Laboratory, the games developer that created EarthBound, Kirby and, of course, Super Smash Brothers. HAL clearly had strong ties with Nintendo, to the point of Nintendo’s then president advocating successfully for Iwata to become the president of HAL in the early ’90s.

That relationship only grew stronger, and through it Iwata improved thousands of childhoods across the globe. While still working at HAL in the late ’90s, Iwata began assisting Nintendo with the Pokemon series. Not only did he allow for the inexpensive creation of Pokemon Stadium, Iwata is the sole reason that you can visit the entire Kanto region in Pokemon Gold and Silver. But wait, there’s more — Gold and Silver were intended to be the final instalments in the Pokemon series, but the franchise continued due to the popularity of those games.

Eventually Nintendo could no longer handle the idea of not having Iwata on their payroll, and he was employed as the head of Nintendo’s wide-reaching Corporate Planning Division in 2000. In spite of this, Iwata was known to work alongside those beneath his position, assisting in code-writing and ensuring that game development could be cheaper and quicker than ever before. It was this attitude and these accomplishments that led to Nintendo’s then president, Yamauchi, stepping down in 2002 and leaving Iwata as the first ever Nintendo president to not be part of the Yamauchi family.

As president, Iwata led the company to many great victories through innovative gaming platforms such as the Nintendo DS and Wii, pioneering dual-screen gaming and reinventing motion controls. These successes led Iwata to be viewed as a great business president by allies and rivals alike. However, the man truly became a great leader through his failures. He faced corporate failings head-on. In a virtually unheard of move, he sliced his own salary on two separate occasions both as an admission of guilt for the business’s losses and to help Nintendo fight more competitively against rival systems.

Iwata’s passion is the reason that Nintendo can create games that five and 50 year olds can both enjoy, games based on joy and wonderment rather than epic scale or microtransactions. And they still turn a profit while doing business in the same industry as titans like Sony and Microsoft. Rivals who, by the way, joined in grieving and sharing messages of sadness with their communities.

Satoru Iwata might just be the most universally adored figure in the gaming industry. He was a man who was impossible to hate, he genuinely cared about Nintendo’s followers and he was adorably quirky (staring at bananas for no reason being his famous intro to the 2012 E3 conference). He would star in promotional material (search YouTube for “Iwata vs Reggie”, thank me later) and deliver updates to fans himself through the video series Nintendo Direct.

This legend won’t be forgotten any time soon.