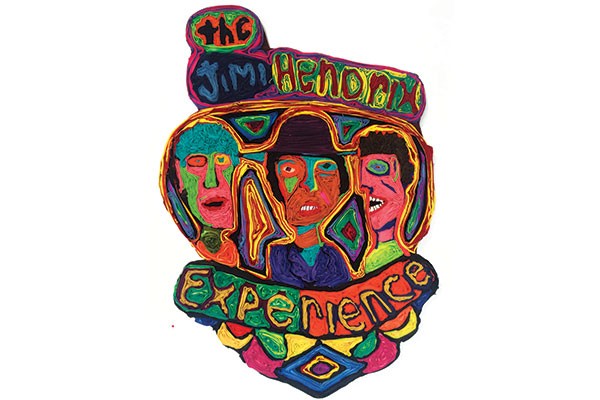 On spotting the unassuming Brett McDowell Gallery on Dunedin’s Dowling Street, there is no trace of the trippy wonders bursting behind the gallery’s old wooden doors. The works beyond were crafted by a homegrown artistic hero, Jim Cooper, and come together in an exciting exhibition — Mine Mine Mind — on show at the gallery from 24 July to 13 August.

Cooper was born on the West Coast, but studied ceramics at Otago Polytechnic and later returned to the institution as a senior lecturer. Cooper is a talented sculptor and has made a name for himself by creating slightly disfigured yet colourful and interesting sculptures of people and animals, most famously recreating in 3D the cover for the Beatles’ album, Sgt. Pepper’s Lonely Hearts Club Band. While Cooper has his base in Sawyers Bay, he hasn’t exhibited any of his works in Dunedin for around three and a half years because of his busy schedule, often taking six-month working stints in Taiwan. That is, until now.

Cooper has returned with a vengeance, straying from his tried and true sculpture work into new territory. The gallery curator at Brett McDowell tells me Cooper likes to call these new works “sewings”, which doesn’t quite do them justice. Cooper’s works are a swirling mass of colour and abstract shape, made up of painstakingly arranged strips of fabric he has attached to boards. The intricacy of the works up close is astounding. Cooper uses so many different patterns and colours that the viewer becomes deeply absorbed, almost lost in the work. Some of the “sewings” appear reminiscent of Aztec patterns, although a little wobblier and a whole lot brighter. Neon strips, velvet and patterned pieces are woven together in a maze, and although the finished result manages to refrain from being brash, these “sewings” appeal to both young and old. From afar, the works are like gargantuan children’s drawings, intense visual experiences dominating the white walls of the gallery. They would be an adult’s nightmare in any other scenario, but in here they are a sight to behold.

The works depict a range of subjects, and were strongly influenced by the swinging sixties and Cooper’s own experiences of taking LSD. One piece is dedicated to musician Jimi Hendrix, another, “Cranford Street Snail”, is dedicated to the street on which he first experimented with LSD. The first piece in the collection, “Day-glo Nazis”, is one of his most interesting, featuring a trio of men emblazoned with swastikas. He even does a piece called “Bernina Man & Little Tongue”, which alludes to the sewing machine he used to bring these pieces together.

Cooper is truly breaking new ground, and the gallery curator is quick to predict that we will see Cooper continue with this new style of work for years to come. It is clear that Cooper could take endless directions with this technique, and I look forward to what new works he’ll undoubtedly pull out of the bag.

With contributions to the art world so vibrant, fresh and enchanting, the world could do with a whole lot more of Jim Cooper.