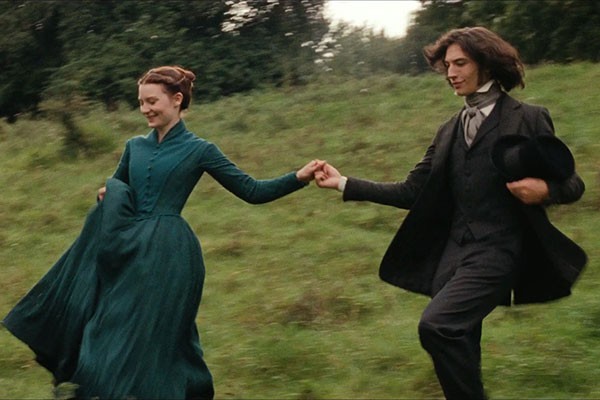 As a writer, Gustave Flaubert spent his career chasing after “le mot juste” — “the right word” — and, for many people, Madame Bovary truly captures his perfectionist style. However, film adaptations of Madame Bovary have yet to embody that atmosphere; Sophie Barthes’ rendition is no different. With scenes that mirror the dramatics found in Twilight: New Moon and reality show, The Real Housewives of New Jersey, Barthes makes it difficult for the audience to relate to the protagonist’s struggle — something that drives Flaubert’s novel and that should drive a film adaptation.

Madame Bovary is a period film that follows the story of newly-married Emma Bovary, née Roualt (Mia Wasikowska). Settling into her new life with provincial doctor, Charles Bovary (Henry Lloyd-Hughes), Emma has trouble adjusting to her husband’s simple lifestyle and finding her place within it; for Emma, it seems as though she’s in his life but not really a part of it. Although Charles means well, the lack of room for Emma’s desires in his — and thus her — daily routine fuels Emma’s growing disdain for their relationship as she yearns for adventure and passion. Encouraged by Monsieur Lhereux (Rhys Ifans), a sly merchant, Emma finds solace in luxury goods and even embarks on two adulterous affairs. However, the thrills of new clothes and new romances are all fleeting, and she soon has to deal with the damaging repercussions of living beyond her means.

With wonderfully crafted cinematography and a surprisingly exuberant atmosphere, Sophie Barthes’ new take on Madame Bovary is, at first, impressive. However, as the audience begins to fully experience Emma Bovary’s tribulations, the film becomes nothing more than something pretty to look at. Mia Wasikowska’s performance as Emma Bovary veers her away from what her character is — an anti-hero. Instead, the audience is given a character whose actions do not evoke a sense of understanding but are simply brattish and unbearable.

This recent film adaptation of Madame Bovary looks the part but lacks a direction that brings anything outstanding to Flaubert’s classic story.