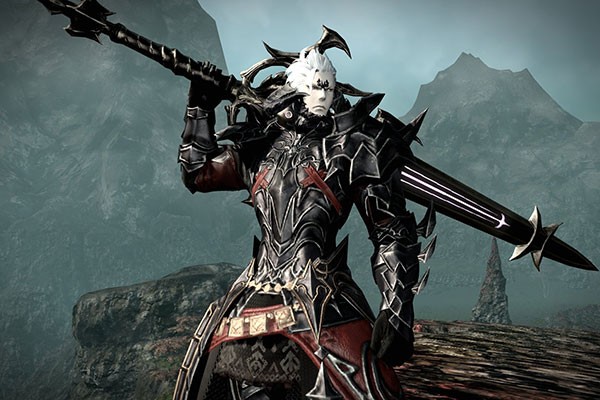 The newer, sleeker A Realm Reborn took off, becoming one of the top-played subscription MMO games in the West, and for good reason. Square Enix made an effort to make the transition from its main-series Japanese role-playing games to MMO format smooth and enjoyable for even the newest of MMO players. It has done this with plenty of tutorial quests to teach the basics, all with an interesting story and twist of humour. Although MMO veterans may find the early levelling portion of the game a bit slow, the first fifteen levels are packed full of (thankfully mainly optional) fetch quests.

One of the best features of FFXIV is the class system; one character can level up every class (for example, a character can gain proficiency as a Warrior then switch to a Dark Knight and level up that class too). It is not uncommon to find players who have brought every single class to the level cap, all on one character — allowing them to fit into any team composition without logging out or in at all. This also allows a certain amount of cross-class skills, encouraging even the most focused to branch out to get the best skills for their class.

Heavensward adds three new combat jobs to an already sizeable cast of ten. Dark Knight joins Warrior and Paladin as a tank job, wielding greatswords and pulling them from the forbidden dark magic. Mechanist is Heavensward’s answer to an engineer, a class that dually wields pistols and places turrets, and joins A Realm Reborn’s Bard as a supporting, long-distance, damage-per-second class. The final addition is to the healing roster: along with Scholars, a bookish shield healer, and White Mage, the classic brute-force healer, players can take Astrologian, a star-gazing, tarot-card-dealing healer.

The combat is standard MMO fare, moving away from the menu-based combat (such as in the first Final Fantasy MMO, FFXI) in favour of the much more familiar skills and hotkeys format. FFXIV is surprisingly easy to play with a controller — a necessity for those who play it on the PS3 or PS4. Combat itself can feel a little slow upon first experience; global cooldowns run at a standard 2.5 seconds so there is little need for button mashing.

FFXIV is an MMO for those who enjoy stories; there are cutscenes galore, and skipping them would be missing out on a giant chunk of the experience. Heavensward steps up the game, featuring a story comparable in quality and engagement to other Final Fantasy titles and surpassing standard MMO fare. Cutscenes are long, frequent and enjoyable, interrupting the grindfest with exciting plot twists and gripping storytelling; expect an emotional roller-coaster ride while completing the main story quests.

Heavensward brings with it seven dungeons, three primals and a new raid. If the patches from A Realm Reborn are anything to go by, Square Enix will continue to add more dungeon and storyline quests in steady content patches. In the year and a half between the launch of A Realm Reborn and Heavensward, five sizeable patches each adding multiple dungeons were released, so the future of FFXIV content looks bright.