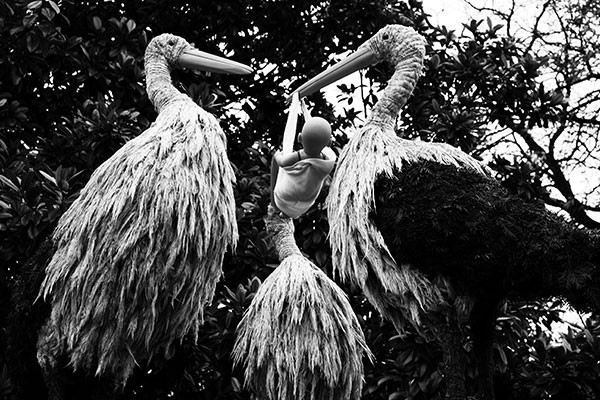 Selfish, Shallow, and Self-Absorbed: Sixteen Writers on the Decision Not to Have Kids

Selfish, Shallow, and Self-Absorbed: Sixteen Writers on the Decision Not to Have Kids is a collection of sixteen personal essays written by professional writers about one particular decision that perfect strangers often feel they have a say in: choosing not to have children. This choice should not be as controversial as it is, but the same can be said about any default from the dominant cultural narrative of house, car, babies and heterosexuality. These essays are worth reading, and not just for validation.

Essays about deeply personal decisions require a certain degree of self-absorption, and the majority of writers here are apologetic and eager to preemptively assign to themselves the “selfish” label. However, none of these essays is shallow. They are often painfully genuine and tell complex narratives of difficult families and difficult lives. The writers range from people who always thought they wanted children, right up to and including attempts to actually have them, before realising they didn’t to people who never wanted children and couldn’t understand the impulse in others, as though the disinclination was hardwired into them at birth. By far the writers’ biggest commonality is that most profess to like children and enjoy spending time with them.

The standout essay for me was Paul Lisicky’s “The New Rhoda”, which focuses on the effect that living through the AIDS crisis as a gay man had on his beliefs about what possible future existed for him. He presents a fascinating perspective, discussing how difficult it can be to even think of creating children using a material you’ve spent so long considering potentially to probably toxic.

On the other hand, Lionel Shriver’s essay “Be Here Now Means Be Gone Later” becomes more repelling as it goes on. Shriver believes she really should have had children because she’s intelligent and middle-class with “great genes” and therefore her children would do the world a favour by existing. The concept of great genes is the cornerstone of eugenics, and eugenics is deeply troubling. Shriver also states that she feels “dismay” at the thought that the population of the USA will not remain dominantly European (for European, read white) in her lifetime. She follows this with a passive-aggressive spiel about how terrible it is that Europeans aren’t allowed to be proud of and preserve their heritage, as if that heritage wasn’t thoroughly preserved and far too celebrated like it actually is. She goes as far as to claim: “Maybe by the time we’re minorities in our own countries, we will have rights too.”

Apart from Shriver’s work and a few instances of cissexism (the association of reproductive systems with gender), when I disagreed with the writers it tended to be in matters of philosophy. My disagreement was essentially what this sort of writing should generate. By reading Selfish, Shallow, and Self-Absorbed, you can learn a lot about your own perspective on the many facets of an unfortunately contentious issue, understanding what you whole-heartedly agree with and what, plainly speaking, makes you roll your eyes.