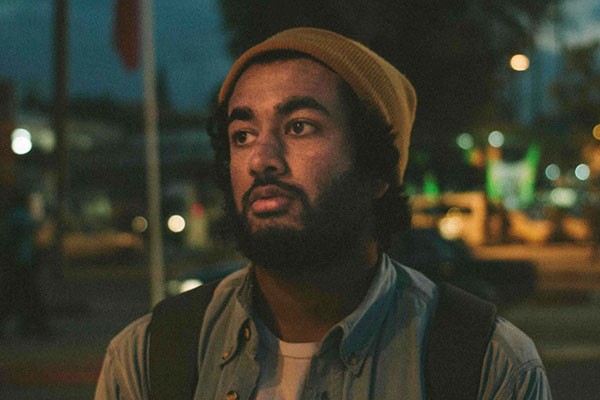 Jono Das is a man of many talents. Along with producing, he uses his creativity in design, art and videography. The title of Das’s debut EP Illustrations is a reflection of him as an artist with “beats being his new drawing”. The EP has been two years in the making, with the majority of the beats crafted during his time in Dunedin. You could almost thank the cold Dunedin nights for putting him to work on this project. As I sat and listened to the project on a dark and rainy day, I could almost picture Das creating this project in the same circumstances.

While 808s and bass-heavy tracks may be the craze with beat makers lately, you won’t find those on Illustrations; this project is timeless. Das grew up in a jazz family, which is evident throughout Illustrations. The use of jazz drum samples, coupled with his production, creates a sound any 90s-era hip hop head will appreciate. Take the title track, “Illustrations”: Das comes in with a soft melody before hitting us with rhythm drums, instantly getting the head bobbing. While his work is sample heavy, you could be forgiven for thinking the songs were recorded raw. The blending of samples into production is one of the EP’s highlights and makes this production stand out from the rest.

Not only are the beats impressive on this project, but also Das has enlisted some of New Zealand’s hip hop elite to accompany his production. Illustrations boasts the likes of Third3ye, Raiza Biza and EO of Badcrop plying their trade. Don’t get it confused, Illustrations is not purely a rap EP — the project also possesses soulful vocals from Yaynè and Lisa Wright. Whether it be hip hop or soul, Das has got it covered with genre-crossing versatility. Das’s beats are not lost over the vocals of featured artists either; instead the production perfectly accompanies the vocals. Long interludes and intros set the vibe before getting into the vocals, which gives the listener plenty of time to sit back and enjoy their talents.

I’m a huge fan of this project and of Das as an artist. It is refreshing to see an artist with such a timeless sound emerging from an age in which production is so often over-digitised. The smooth production accompanied by some of New Zealand’s finest artists makes for one of the best releases from an up-and-comer this year. Das proves that the hip hop coming out of Aotearoa is as strong as ever.