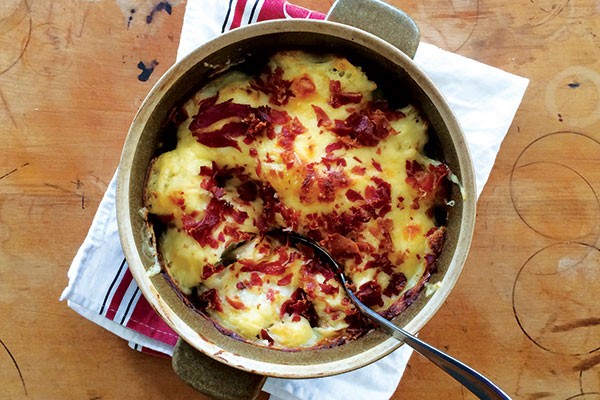 There is this restaurant in Auckland that I love called Depot. It is amazing. When I am feeling balla, I often go there. Clearly last week I felt like I was just rolling in it, and I managed to end up there twice. I am completely hooked on their wood-fired cauliflower cheese. Not only is it fired in a massive pizza oven, but also they use delicious smoked cheese to enrich the flavour. I closely observed the chefs prepare this, and I actually seriously considered buying a kettle barbecue this week for the sole purpose of making this dish extra smoky. I made do with my terrible flat oven. The end product was gobbled up so quickly I barely had time to figure out whether it neared Depot standards.

They make theirs with a smoked cheddar. I had a smoked Havarti in the fridge, which also worked a treat. Any smoked cheese will do — you don’t need much, just enough to lend that wonderful flavour. If you are feeling a little too povo for flash cheese, just use a good extra handful of tasty instead.

Serves 4 (slash just me if I am being greedy)