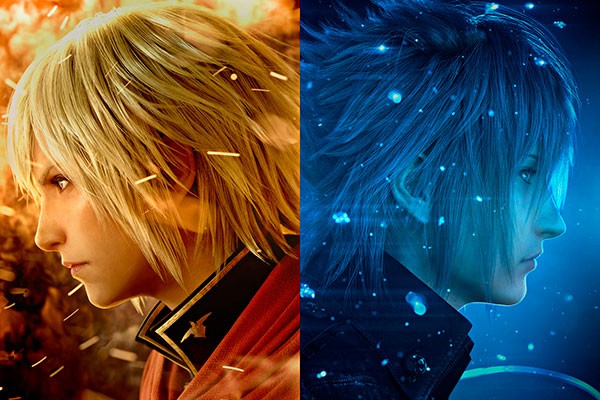 Final Fantasy Type-0 was first unveiled at E3 in 2006, then finally released in Japan in 2011. Final Fantasy fans have been begging for a Western release of Type-0 ever since. Now, almost 4 years later — after much demand that director Hajime Tabata himself admitted he found “surprising” — we finally have Type-0 in glorious high definition on PS4 and Xbox One. But does it stack up to Final Fantasy standard? Many fans consider the series dead now after recent, less universally loved additions to the series’ library, but Type-0 may just be the game to restore some people’s faith.

The opening scene sees a wounded soldier limping through war-torn streets, encountering his fellow soldiers brutally murdered by the enemy. The soldier and his faithful Chocobo eventually suffer the same fate. It was a vivid moment that really stuck with me for the rest of the game. I’d never before seen as much blood in a Final Fantasy game as in that single scene. From then on, I knew Type-0 was going to be much darker than I had anticipated.

Type-0 finds itself in Orience, a vast land divided into four nations by the crystals of power that reside with them. The story follows Class Zero, an elite group of young cadets from the school of magic in the Rubrum region retaliating against the Militesi Empire, which has invaded their region. The game boasts a massive 14 playable characters from Class Zero, all with their own loadouts of weapons and magic. This makes each character feel unique during gameplay; however, having so many hinders the depth and emotional connection to them that the series is often renowned for. During your free time between missions, you can discover some humorous and heartbreaking scenes with specific characters, but this still doesn’t really improve on the already thin and convoluted story.

In its visuals, the game is somewhat disappointing for a current-gen game considering how impressive other PSP remasters such as Metal Gear Solid: Peace Walker and Kingdom Hearts: Birth by Sleep have been. Akademia, the game’s central hub, seems to have had the largest overhaul in the whole game, now rich in colour and with impressive lighting and shadows; venturing outside into Orience makes the environments look incredibly dull in comparison. The character models for the playable characters have all been polished for HD, but often I found myself walking into a town where the NPCs looked as though they had been forgotten about in the war of game development.

Type-0’s strongest attribute is its fast-paced, action-oriented gameplay. Most encounters in the world map last under a minute, which could be thanks to the newly offered Cadet difficulty as Japanese gamers complained the game was too difficult. While adding the game’s easier difficulty, Square Enix removed the co-operative mode from the remaster as this mode would have to be completely rebuilt and would have hindered the development time. It’s a shame, really, because there’s an excellent Borderlands-esque co-op mode of adventure and dungeon-crawling out there for Type-0 that we’ll never get to experience. Although, playing solo and switching from character to character in battle keeps the game from becoming repetitive.

I’m not much of a handheld gamer myself, but I might have enjoyed Type-0 more as a casual portable game on PSP. As a full-fledged rebuild for consoles it doesn’t quite live up to the standards I expect from a Final Fantasy game. If you’re still looking for a fun and addictive JRPG, I recommend giving Type-0 HD a chance; it could be the Final Fantasy game you’ve been waiting years for.