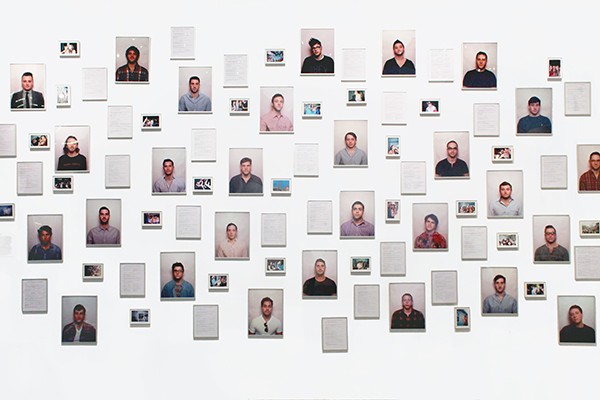 Although it didn’t begin with a neigh, a horse certainly drew a global audience’s attention to the use of the internet as a medium for art. The Twitter account, @Horse_ebooks, which published seemingly automatic, computer-generated anecdotes like “Everything happens so much” and “Is the dance floor calling? No” attracted nearly 200,000 followers, who were charmed by the odd, nonsensical Tweets. Dedicated fans, however, were devastated when they found out that what they thought was a hilarious and silly bot Twitter account was actually run by a Buzzfeed employee, Jacob Bakkila, and his friend, Thomas Bender. But, as several commentaries on the *scandal* testify, the artistic endeavour of the humans behind @Horse_ebooks shows the wonder and obsession that perceived machine-related randomness can generate in humans throughout the world.

Linked to projects like @Horse_ebooks in their use of the internet to display and facilitate artistic endeavours, online exhibition spaces are becoming more prevalent. One such online gallery, @rt b@by (www.artbabygallery.com), was listed in the Dunedin Art Society newsletter as something to check out. Managed by Grace Miceli, @rt b@by “aims to be an inclusive site that celebrates multimedia artists in the beginning of their career[s.]” The site is particularly interested in artists (also known as Young Internet-Based Artists) who consider digitality to be central to their practices.

When I recently viewed the website, which displays artists’ work on a monthly cycle, it was showing a smart and relatable collection of work by a young New York artist called Jordan Barse. On @rt b@by’s main page, the viewer can examine Barse’s works simply by scrolling left. The first image on the page is of a mural or achievements board at school featuring photos of boys, parties and surveys. The following image is a portrait of an adolescent (or just past it) boy with ruffled hair and half-lidded eyes, perhaps the partner to a drunken hookup with the artist.

After these first two images are two close-up images of the single-page surveys depicted in a much smaller format in the first image. The surveys are headlined *PLEASE BE AS HONEST AND SERIOUS AS YOU CAN POSSIBLY BE* and contain cringe-worthy questions about the time the artist and the survey-filler hooked up, who came on to whom and their current relationship status. On Barse’s own website, which documents a collection of her art projects (and from which a range of pieces has been pulled for @rt b@by), she describes this part of the show as selections from a three-year “ethnographic exploration of a college experience” shaped by Barse’s direct participation in its notorious “hookup culture”.

Viewing art in this way is unsettling at first. It is hard not to treat it like scrolling through an infinite series of unconnected images on a Tumblr dashboard or Instagram feed. The 24/7 access to the show (so long as you have a computer and an internet connection) seems to detract from its significance. The work is removed from the potential social and contextual space of a physical gallery and shifted into the restricted rectangular space of your computer screen. Competing with the infinity of the internet, which is available all at once to the casual browser, means that the artist must push themselves to make work interesting in this flat, 2D medium. And anything “published” or “displayed” online in one setting runs every risk of being taken, altered and distributed everywhere and scrapped of any link to its original artist or purpose.

But, viewed in a different light, these qualities can make the medium exciting and fantastically relevant to our times. While challenging as a practice, the reframing and relevance of art online expands the possibilities for art. Click a link and learn to rethink.