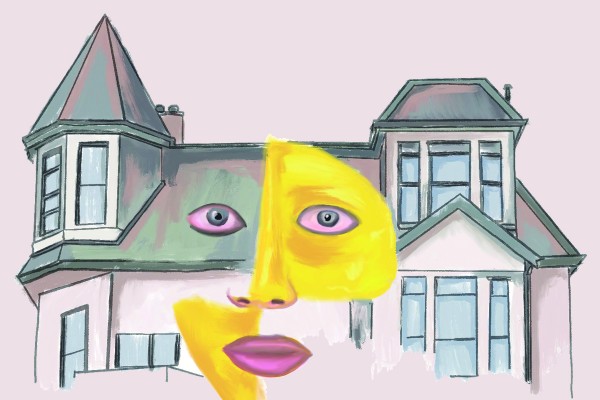 Which Dunedin-Filmed Movie Should You Watch?

Not sure what it is about broken glass and burning vistas that attract film crews, but people sometimes decide to shoot their movie here. And that’s… certainly a decision they can make. While Wellington might be the film capital of the country, Dunedin has had its fair share of moments in the limelight – especially in recent years. If you're wanting to see the city and campus surrounding you re-contextualised around marriage, murder, or other movie mayhem, you may find yourself struggling to choose exactly which film shot in Dunedin you should watch next. Answer the questions below and we'll tell you.

1. It's midnight and everywhere else is closed, where are you and your mate eating?
a. Macca's
b. Night'n'Day
c. The servo
d. Food from the pub
e. Kebabs

2. Just kidding, your mates already decided on Macca's. But you've only got enough money for one thing, which are you picking?
a. Big Mac
b. Large milkshake
c. 6 pack of nuggets
d. Large fries
e. McSpicy

3. Pick a house to live in
a. Castle
b. Ranch
c. Sorority house
d. Cabin in the woods
e. Dingy abandoned flat

7. How do you feel about crypto?
a. Neutral
b. Not a fan
c. I think it's cool
d. I lost 70k to a monkey drawing and another 100k investing in CriticCoin. Please help me
e. I think it's stupid and harmful

Basic, forgettable and predictable, this Netflix rom-com was inexplicably popular when it came out at the start of this year. Maybe you'll be one of the many who, for some reason, chose to watch it for fun. Maybe you'll watch it because your friend was an extra, and you're proud of them because they're great. Or maybe you'll watch it because you're too tired to scroll past the homepage on Netflix and need something now. Whatever your reason, you'll find this film basic but lovable, like a waffle maker, and you'll recognise a range of local scenes filling in for the fictional land of Lavania.

This Oscar-winner is a wild and oftentimes painful ride through the West following rancher Phil Burbank, played by Benedict Cumberbatch. If you're watching this you probably think you're better than the people watching The Royal Treatment, but not every movie has to make you think, film nerd. Most of the film was filmed across Central Otago, but a key scene was very noticeably filmed at the Dunedin Railway Station, so it counts.

The second remake of a 1974 slasher film about a serial killer targeting a group of sorority sisters, because I guess they didn’t do it right the first time. The Uni campus is transformed into 'Hawthorn College', and while it's a pretty terrible movie, it's cool to watch the actor who played Wesley in the Princess Bride play a lecturer teaching in Quad 4.

One of the worst films to come out of the DC franchise, this 2008 movie had students spotting Hugh Jackman and other stars wandering around the city where they were staying. A key scene was filmed out in Burnside. That’s about as far as we can go in terms of praise.

A bit of a cult classic, this dark comedy saw a young Taika Waititi on screen for the first time. The raucous and chaotic movie is both filmed and set in Dunedin, and features flatting, weed, rugby, and murder. It’s surprisingly relatable until it very suddenly is not.