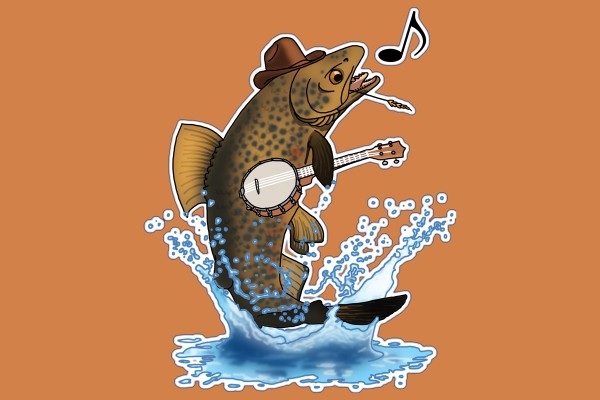 Why is Gore the Country Music Capital of New Zealand?

Gore is known for its big fish, suspected rates of incest, and, for some reason, country music. If we’re wondering what Gore has to do with the American South, that pretty much answers the question.

The success of country music in New Zealand, and in Gore specifically, mimics the reasons it was so successful in America in the first place. Socially and physically, the landscapes are eerily similar. Just like the American South, the South Island is known for agriculture and farming, and those rural areas are where country finds its greatest success. In both areas, white colonists were predominantly British, Irish, and Scottish emigrants, who brought folk songs and instrumental influences that lent themselves incredibly well to country. The music created by Appalachian folk singers mixed with blues and Black Jazz to become “country music”, and by the time some particularly emo Pākehā settlers were deciding to name their town “Gore”, the genre was already well established. When it made its way to the shores of the South Island, it found a population ready to embrace the same styles, messages and dances that it was born into.

A hallmark of country music is that the songs often tell a story of some sort, whether it’s “fuck my boss” (9-5 by Dolly Parton), or “my ex is gonna regret that” (Before He Cheats by Carrie Underwood.) Recurring themes in these songs' stories tend to appeal and relate to what was mentioned above; drinking as a social connection, freedom, agency, family, being the underdog, and making your own way in the world. And all of this resonates most with the sort of tight-knit, rural populations of towns like Gore.

We spoke with Amber, whose family partially comes from Gore. She’s just been put on placement there, and said that “now that I’m back in Gore I’ve already heard too many country songs for my liking”. Not that she hated country music, per se, but “I mean I just cannot take a town seriously when they have a glorified cowboy dress up day when they hold the yearly country music celebrations (I can’t remember what they call it).” It’s called the annual Tussock Country Music Festival, and it features the MLT NZ Golden Guitars and NZ Country Music Awards. The Golden Guitars is the largest longest running country music competition in New Zealand, with their website stating “Audience levels reach over 5,000 with entries in all sections and events totaling 700 competitors.” Amber said that “I have only ever been in Gore once when this event was going on and it stuck with me, I already didn’t like country music and now I was surrounded by cowboy hats, guitars and so much country music.”

Amber said that country music excels in Gore because it’s full of “old farmers, gumboots and flannel”, and it’s true that just as country music traditionally goes hand in hand with conservatism in rural America, there’s no difference in New Zealand. The average caricature of a South Island farmer includes a wifebeater singlet, gumboots, and a firm National vote - if not New Conservative. Country music, with these themes of self-sufficiency, individual ownership, and frustration at authority often greatly appeal to conservatism, giving it the opportunity to thrive in places like the American South and the South Island.

This sort of nationalist country music mostly came up after 9/11, when America tied its identity to the flag and wrapped it in country tunes. Pre-9/11, country music was mostly anti-establishment. It was less “I love Jesus, my truck, and my 12-pack of beer” and more “if the bank wants my money they’ll have to fucking kill me and my entire family.” And while that new country has seeped into the mainstream, there’s still plenty of other country out there to celebrate.

You can scream along to party country, like Save a Horse Ride a Cowboy, Dicked Down in Dallas, and Old Town Road. Frustration at and celebration of the female experience can be found in Kacey Musgraves’s Breadwinner, Loretta Lynn’s The Pill and Shania Twain’s entire discography. Female country music itself has a wide range of genres, with two umbrella categories of “Girl’s Girl” country, and “Pick Me” country, which cover everything from screaming at shitty men, to the struggles universal to all women of pay gaps, catcalling, and having the general shit end of the stick. Male-sung country music has diversity, with categories such as “I miss her so much”, “I want to drink myself to death”, “fuck the police”, and “I’m socially inept so I ride horses and talk about sunsets”.

So while Gore croons away to one of its many country tunes, don’t automatically hate. Country music is rooted in the anti-establishment, nature-loving ethos that we’ve all grown to love, and there’s a genre for you, partner.