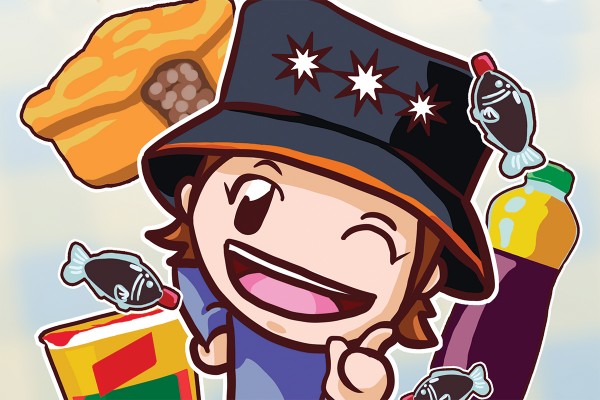 Discovering the delicious delicacies that the campus shop supplies

The campus shop is filled with wonders. The ratio of sweets to fizz to pies is usually fantastic. However, there are those items that really make you question what place they have in a campus shop. Fried noodles? What do they expect students to do, munch through a whole bag while studying? The absolute bizarreness of it sparked the idea of cooking an entire balanced meal using only items found within the campus shop. The goal was set, the shop was open, and I was ready to create the best dish I could with incredibly overpriced ingredients. Watch out Skuxx Food, I’m coming for your job.

Now, there is an important art to cooking that will be discussed later on, but as students we like quick and easy meals. This meal is constructed for the laziest among us who can’t even be bothered to go to Veggie Boys or the supey. You’re leaving Central after a long hard day of mediocre work, so why walk a whole block away to get fresh food when there’s a pseudo-dairy right there?

In order to challenge myself as much as possible, this dish was going to be vegetarian, so I couldn’t cut corners by just grabbing biersticks. No. This was going to be proper. Also I was only allowing myself to use oil and salt from the flat, no extra ingredients. I scavenged the shelves for healthy-ish ingredients, pondering what could be repurposed to get me my 5+ a day. I acquired the following: a pre-made sandwich, two vegan pies of different flavours, a vegan sausage roll, fried dried noodles, nuts for topping, and a bowl of instant noodles. Bringing the grand total to $22.50, the lovely person behind the counter gave me some small fish soy sauce packets for free. Queen.

I got back to my flat quickly, as I didn’t have to stop by the big fancy supermarket with its disorientingly bright lights. Time was saved by this, but money was certainly not.  I set my timer and got to work. The dish to be prepared was my take on chop suey. When I say chop suey, I mean any dish that has noodles and veggies. Honestly, I only chose the name because it resembles “shop”. However, chop suey is thickened using a starch sauce which had to be incorporated somehow.

First step: prep the pre-made sandwich bread to be made into croutons. Croutons are incredibly easy to make by tearing up bread and adding a bit of salt and oil (olive preferably, canola last resort), and chucking them in the oven until crunchy. This is a perfect way to combat food waste if you have stale bread (hint hint). Once those were popped in the oven I started committing what can only be described as a war crime.

I took a fork to the pies and sausy roll to aggressively dismember the filling from the dough. The fillings went straight into a pan with oil to get refried. The instant noodles got put in boiling water to pre-cook a bit as I made the sauce. The sauce was made from the packet that came with the noodles along with the fish soy sauces and water.

Once the pie guts were fried up a bit, I added the cooked noodles and the sauce. But, as you may recall, a chop suey requires a starch-thickened sauce. For my second war crime in less than ten minutes, I swirled around and mushed a pie crust into hot water. The gluten from the crust would be transferred to the hot water, and so when added to sauce, it would condense into a nice sticky consistency. After straining the remaining chunks of pie crust, the gluten water was added and it was all coming together.

This wasn’t a one course meal, though, was it? The third, and final, war crime of the evening was committed when I took the leafy greens off the premade sandwich and turned it into a salad. Luckily, they were pre-dressed with mayo so I didn’t have to worry about making a salad dressing. With the addition of some relish that was on the sandwich, I was ready to plate.

Was this any good, you ask? Not really. I found the flavour profiles of the veggie pie clashed quite a bit with the hot and spicy soy flavour of the sauce. This may have been because I am a frequent dusty Friday morning pie connoisseur and know the taste quite well. However, upon giving my creation to my flatmate, he said it just needed more salt and proceeded to eat the entire rest of the pan. “I thought it was a proper meal, you’ve done well,” he said, while scarfing down a meal that I honestly could not take another bite of.

The salad was most definitely the best part. It was crunchy from the fried noodles, balanced well with sauce and somewhat floppy greens, but we can look past that. Another flatmate described the croutons as “fancy as fuck” and “better than the salads I make myself”.  It should, however, be mentioned that neither of these flatmates are particularly picky people and are definitely not the best cooks in the flat. They would eat beans raw from the can, and probably enjoy it.

This whole experience really highlighted the art that is part of cooking. It’s about delicate balancing of flavours, textures, and even sizes of vegetables within a dish. The pie obviously had small chunks as you want a diversity of flavour in each small bite, but when cooking a noodle dish they got lost in the sauce. Next time before you cook, think about why you’re cutting that into the size you are. Is it because society told you to chop carrots finely? What about grating them, how would that change the water content or flavour profile of a dish? It also taught me that garnishes can add a whole lot to the dish, not just aesthetics. Those crunchy nuts really brought a new element to the plate.  This whole experience has changed the way I create in the kitchen as well as the way I look at the campus shop. Maybe it is not just a stop along the way. Maybe, just maybe, the campus shop is the destination.