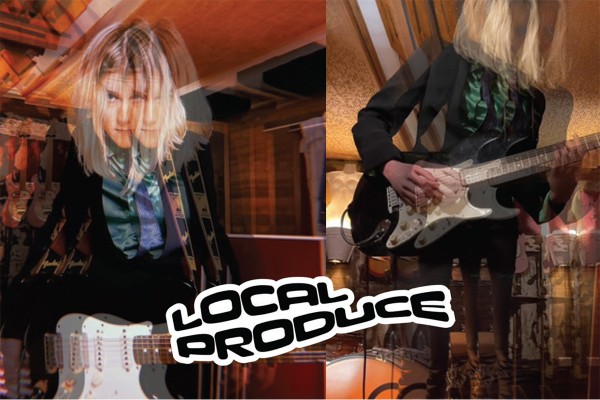 When internationally touring (Aussie) bands make it to Ōtepoti, there’s always a grisly battle (respectful recognition) amongst our local talent vying for the spot of opener. Mads Harrop is one of these successful contenders, her biggest break yet opening for the notorious The Chats last year. Critic caught up with singer-songwriter Mads to talk about continuing her rock reign.
Mads is a fourth year music student, focusing on composition and studio production. Growing up in a musical family with a recording studio, Mads was destined to turn to songwriting, which she started at fifteen, just one year after she picked up guitar. Folk, psychedelic and punk are all styles Mads has explored, her musical inspirations ranging from T-Rex to The Chills to The Beths.

Mads is also neurodivergent. She has Tourette’s, autism, ADD and anxiety. She has written songs on each of her disorders. “I think having disabilities has played a huge role in my songwriting on such a positive note. I’m autistic but  I’m proud to be autistic. I think it’s just interesting being neurodiverse.” Sometimes Mads’ music stems from experiences and feelings arising from her disorders. Her song ‘Lost For Words’ was written following a bus ride during which she experienced guilt over exhibiting coprolalia, the swearing tic. Other times, she writes advocating for important issues in the neurodiverse community, using music as the bridge for her unique experiences to resonate with more people.

Mads’s latest track ‘Hiding In Colour’ is one she wrote three years ago. The rock song glides between tenser, darker verses and expansive, dazzling choruses and is about Mads coming to terms with her Tourette’s diagnosis. “I wrote it just after I got diagnosed with Tourette’s. It’s about the struggles I have with Tourette’s and trying to just hope for positivity when I’m really struggling.”

Mads was in her first year of uni when she was diagnosed with Tourette’s. She had just returned to her family home when she started experiencing involuntary movements and convulsions. “I was literally screaming at the top of my voice, it was actually really painful. And I still find it a little bit painful.” Initially, the diagnosis came as a shock to Mads. Now, though, it is integral to her, part of her journey to this point reflected in her music. “Every time I reach a milestone…I feel proud of myself because I’ve come so far since I got it.”

Mads cites the Tourette’s Association of New Zealand (TANZ) as a major source of support, one that has even connected her to other Aotearoa musicians with Tourette’s. It’s an organisation she urges others to check out, for its resources and the advocacy it provides to those with Tourette’s. As an important aside, Tourette’s is not currently recognised as a disability in Aotearoa, meaning a lack of funding and support. TANZ are putting in the mahi to change this.

Mads is on track to winning cone-ripping students over with her next single, titled ‘I Want Chemicals’. Like many of us, Mads was keen for the green to be legalised. It’s a protest song about the difficulty of obtaining CBD oil for health conditions. “It’s really hard to get in New Zealand and it’s very expensive.”

Make sure you don’t miss this release by following Mads on socials and streaming sites, notably Bandcamp. The next time you can catch Mads Harrop live is at The Crown on April 23.