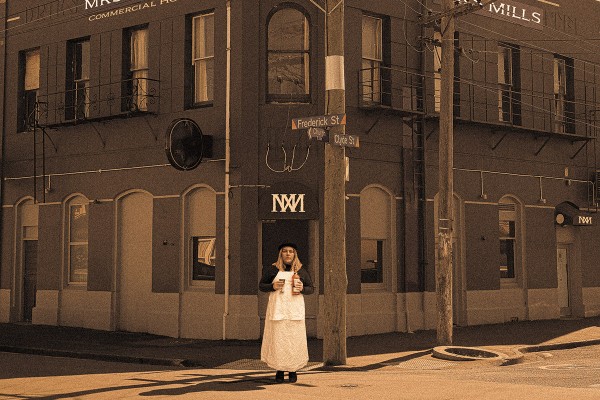 EDITORIAL: Pour one out for Catherine Mills, “habitual drunkard” and original owner of Starters

We’re all mourning the death of Starters. No more afternoon pints in the courtyard, no more underrated cheeseburgers in the dingy light, no more ordering too many beer towers, no more being grossed out by the bathrooms that never quite stopped smelling of vomit. But the bar wasn’t only a student icon, it was a Dunedin icon too.

The bar has been serving alcohol for-fucking-ever. The name has changed many times — the Oriental Tavern, the Fat Ladies Arms, the Last Moa, the Oriental Hotel, the Middlemarch Hotel, and Mrs Mills’s Commercial Hotel — but the building has been a bar for 140 years. The original publican was a woman who fought hard to get the place up and running.

In 1881, Catherine Mills applied for a liquor licence for her hotel on the corner of Frederick and Clyde Street. It was not easy to get. Firstly, it was pretty unusual to have a woman as a publican back in 1881. Secondly, she’d been fined at least three times for being a “habitual drunkard” in the 1860s, which didn’t help.

Cath had run a previous hotel, with a liquor licence, which had fallen into a “state of dilapidation”. That was probably because of something to do with the drunkenness, and maybe because it was a brothel as well. Her dad paid for someone to build her a new hotel, because women couldn’t own property at the time. It seems like he felt sorry for her, being a woman and a drunkard and all, and the liquor licencing committee felt the same way.

As she applied for her licence, her lawyer said, dramatically, that she was “a woman fighting an uphill battle with the world.” Despite some opposition, her application was granted.

Mrs Mills’ Commercial Hotel was up and running and serving alcohol in December 1881. Cathy remained publican of the Commercial Hotel until 1893, when her daughter, who was also called Catherine Mills, became publican.

Today, we know the Commercial Hotel as Starters Bar. It’s been through a lot of name and licence changes, but has almost continuously been licenced to serve alcohol since Catherine got that first licence back in 1881.

Catherine, the habitual drunkard, knew how to have a good time. She would want you to have a drink and celebrate the life of Starters. Whether you knew the bar as the Ori, the Fat Ladies Arms, the Last Moa, or Starters, you’ve got Catherine to thank for starting up the bar and getting that first licence.

Catherine and her dad couldn’t have known that 140 years later their hotel would be deemed unsafe for earthquakes and closed. With that closure, we’ve lost Catherine’s legacy, a piece of Dunedin history, and the last student bar in Dunedin.

Rest in Peace Starters Bar. I will never forget you.