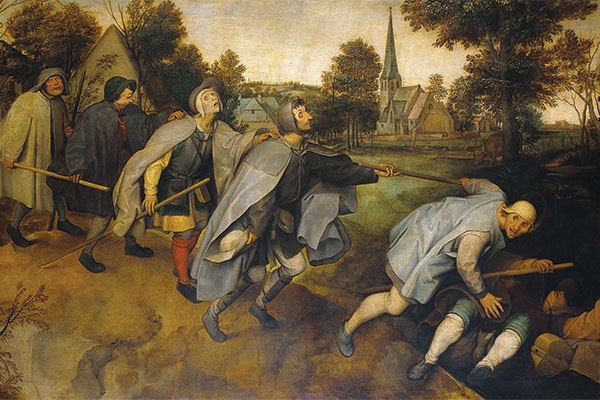 OUSA Executive Fails Students By Dredging Up Grim Past

This year I was, perhaps naively, beginning to see a glimmer of hope in student politics that I thought could begin to eclipse the division and impotence that embedded itself in last year’s elected ten as the year progressed. The cohesion was almost unnerving having been accustomed to such pervasive disunity.

There are approximately 22,000 students at the University of Otago, each with their own unique take on a myriad of issues, not least that which binds them all together as one: education. Out of these 22,000 then, it seems perplexing that Bryn Jenkins, the 2017 OUSA Education Officer, chose as the College of Education Representative on the Education Committee the person arguably most at fault for the aforementioned division and disunity that plagued the association for twelve arduous months—former President Laura Harris.

If that weren’t enough, in an OUSA Executive meeting on Monday 3rd April, eight of the ten current members of the group that purportedly speak on your behalf, the student body, voted to appoint her onto this committee to represent you once more. I immediately thought it must be a belated April Fools joke such was the shock when the eight hands were raised despite lengthy and heated discussion for and against; even the people who were seemingly opposed to her appointment during the dialogue willingly refused to side with their own stance (or even gut instinct—it makes no difference to me) when it came to casting their vote (it should be noted that Admin VP William Guy was the only member to vote against the appointment).

When the appointee has brought such conflict to the association, failed to fully represent student views for twelve months, presented a late and largely redundant set of handover documents to the now incumbent OUSA president, and has allegedly told several people she refuses to enter OUSA premises, and still gets appointed it just shows more than anything that the use of foresight and reason have become forgotten amid a shadow of nepotism and crowd comfort in student politics. Christopher Hitchens wrote in his wonderful epistolary book, Letters to a Young Contrarian, “The search for security and majority is not always the same as solidarity, it can be another name for consensus and tyranny and tribalism.” You deserve better as a student body than decisions like this one from those whom you’ve entrusted to stamp out ridiculous proposals like this on your behalf. You deserve better than the path student politics is currently taking. As a student myself, I feel betrayed, mislead and cheated by this vote.

Last year, I sat and watched as the division and conflict crept in and took over from the inside, and this year I rejoiced as a seemingly strong group stood up and began wrestling the association back from individual failings. Unfortunately, all of that optimism has now dispersed and has rapidly been overtaken by the grim reality that the two steps we’ve taken forward have just been replaced by four steps back, and, again, there’s one person at the centre of it.