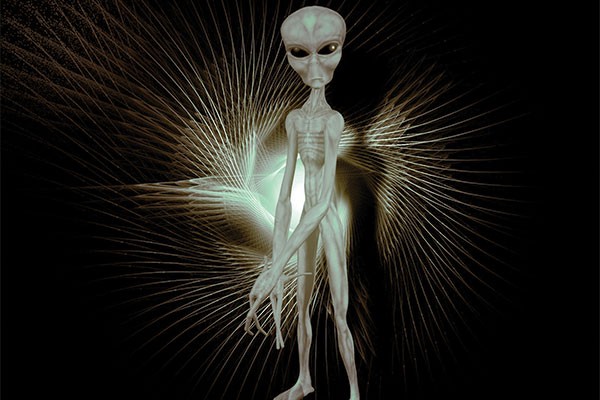 Where are all the Aliens?

Recent data, gathered by NASA’s Kepler spacecraft, indicates that up to 40 billion habitable planets may exist in our galaxy. Given this abundance of fertile planets, scientific estimates, like the Drake Equation, predict intelligent life should have developed and spread throughout our universe by now. So where are they? This is Fermi’s paradox.

Two main schools of thought provide answers to the paradox. Either aliens exist, or they don’t. Maybe, since the universe is so huge, civilizations develop, but they exist too far apart in space to reach each other. Another possibility is that we haven’t been listening long enough, or that we are listening at the wrong time. The universe is 13.8 billion years old, and we have only had radio telescopes for a short time.

If aliens don’t exist, it’s probably because of the ‘Great Filters’ theory. Great filters are hypothesised to be events along the journey from pre-life to maturity that, when encountered, stop the development of civilizations. Great filters can be biological or technological. Maybe the jump from primordial chemical soup to the self-replicating molecules necessary for life is incredibly difficult. It is also possible that nuclear weapons destroy every civilization that develops them. The main criterion for great filters is that we can’t have passed them more than once. For example, sight has evolved independently several times on Earth, disqualifying it instantly.

If we are past the great filters then the universe is probably empty because taking a step along the road to evolving intelligent life is so difficult. A leading candidate, according to an article published by MIT, is the unlikelihood that prokaryotes (small, simple cells) will evolve into eukaryotes (complex, larger cells with a membrane bound nucleus). This evolution took roughly 1.8 billion years to occur on Earth, suggesting it happened by chance. Maybe the rest of the cosmos is teeming with prokaryotic life that never developed further.

If there are great filters in our future, life like ours may be common but fated for destruction. When it comes to finding aliens, as philosopher Nick Bostrom puts it, “No news is good news”. If we found traces of simple alien life forms it would be depressing, but if we find the ruins of an alien civilization it would be catastrophic. The more complex the alien remnants we find are, the more likely it is that something terrible lies ahead for life on Earth.

Tags:   columns science bithces where are all the aliens?