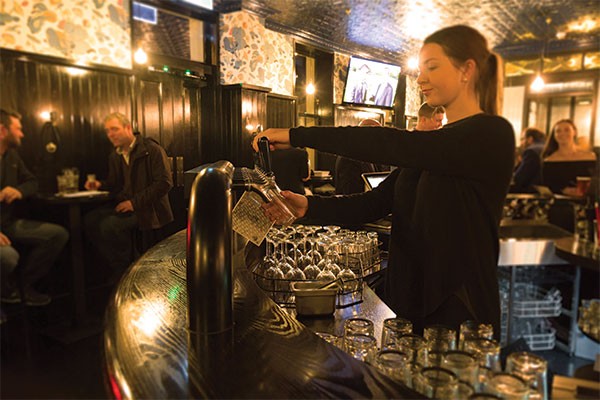 It's been a long time between drinks, but The Cook has finally re-opened its doors. However, gone are the days of boat races in the garden bar and vomit in the urinals (although that may still happen) with the bar now being renovated into what’s known as a ‘gastro pub’.

Gastro pubs or gastro lounges, for those who are unaware, are restaurants whose main purpose is to serve high-end food and beer. A little different to the $8 jug and $3 steak meals that some former patrons of The Cook may remember. The Captain Cook Hotel as it is now named has looked to attract a wider market, straying from its usual cliental of cash strapped students and focusing instead on those customers who may possibly visit the bar to buy a drink.

Sadly, unless your parents are down for the weekend or your tax refund from that summer job has finally come through, this is a pub of little use for students. Jugs are expensive, the decor resembles a royal dining hall and the mechanical bull is nowhere to be seen.

However, the new owners should be applauded over the fact that they have re-opened the premise as a bar once more. The Cook has been around since Jesus wore jandals and it would be a real shame to see it transformed into another sushi store.

But the campus is still lacking a real student pub. One that serves cheap food and alcohol and would rival drinking in your own flat. Sure there’s ReFuel but lets be honest, it doesn’t quite cut the mustard. As it is at the current moment students are no longer left with a viable place to drink and as a consequence have been forced to drink in their own flats or on the streets, which as we have seen in recent times has lead to a huge amounts of problems. Need I remind anyone of Carol?

There is though, still hope that the flame between The Cook and the students can be reignited. With the intention in the middle of June of introducing an upstairs student venue, which will cater to the late night and weekend crowds, there is still a glimmer of hope that The Cook will once again become the backbone of student nightlife.