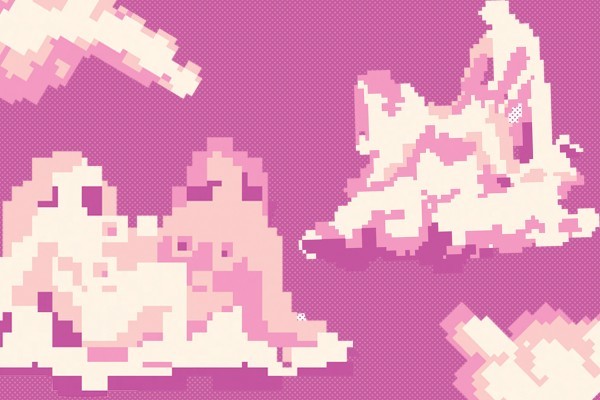 Buckle the fuck up folks, cos I’m bout to learn y’all a thing or two about sex, tequila, and Satanism.

Against my better judgement, I caved and decided to hook up with a fuckboy Satanist over break. He was gorgeous – black hair, different coloured eyes, ripped as fuck – and annoying about it. I first met him years ago on a night out. He was an ex-firedancer, ex-stripper, current model, but the catch is that he genuinely believed in the occult. Pentagram necklace. Rituals. Tarots in cemeteries. I don’t even read horoscopes, and found the whole thing kinda cringe to be honest. Unfortunately, I also knew that he would be able to make me cum until I cried, so when he hit me up I did what any logical person would do in that situation: I put on my sluttiest outfit and prayed they would find my body.

When we got back to his place he gave me a quick tour, including of his “altar”. It was a fucking cabinet. There was a red box that he told me not to touch under any circumstances, because it was contaminated with demonic energy. I touched it. I still don’t know whether or not I’m cursed now. He’d bought me a bottle of tequila, and after I’d had a couple drinks  things started heating up so we moved to the bedroom.

The sex was amazing. We fucked like we were possessed. He put a tally mark on my thigh for every orgasm I had. The bed ended up being covered in the ink that had run off our bodies from the sweat. There were bloodstains too – not mine, but from the back of his neck where I’d dug my fingernails in. He told me later that it left a scar. I laid on the bed, twitching, curled up next to him. I grabbed another tequila and we got to talking. Mistake number two. We had a few interests in common, as well as a few past lays. But then shit got weird.

“I’m possessed by an incubus demon,” he said, while we were chilling. Firstly, what the fuck. Secondly, I was too drunk to trust that I heard him correctly, but not drunk enough for what followed. “I got together with a bunch of stripper friends to perform a ritual to try and exorcise the demon in me”. Okay, what. I excused myself to go grab another drink of tequila, and noticed that the bottle was less than half full. Shit. He didn’t drink, and I have Irish blood, so I’d had a fuckload of spirits by this point. Luckily we’d talked about everything beforehand and I was sober enough to fuck beforehand. Naturally, I decided to have even more. Mistake three.

I returned to him telling me about how the exorcism had turned into an orgy, because he was a demon, and how he’s seen some shit with his own eyes. I decided I still wasn’t drunk enough to deal with it, and with each ridiculous thing he said I had another drink. Oh, your eyes change colours when you’re angry, because demons? That’s so funny, haha, excuse me for a second. Oh, your demonic incubus overlord gave you stripper powers? Be right back, I’ll just grab another. Before I knew it, I’d almost polished off the whole bottle, and was sloppy as fuck. I have vague memories of puking in his sink. I was at the “leave elaborate voice messages” level of wasted. Drunk me decided to leave a recording to an old flame detailing how I just fucked an Adonis of a man but felt nothing emotionally, and so must be a lesbian, and how I’m so gay for them. I might’ve pulled an “I love you” on someone I barely know. Dude, I don’t know either.

I woke the next morning back in my bed with nineteen tally marks on my leg, ten minutes worth of gay voice messages sent to completely the wrong contacts, and my underwear neatly packed into my purse. He messaged me to say he’d had a wild night, and that it’s a shame I’m a lesbian now. Whelp.