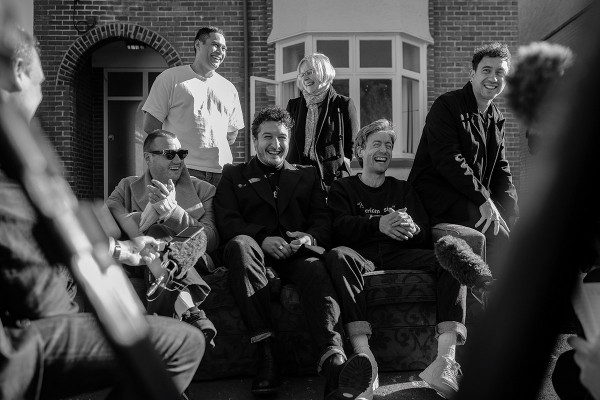 Six60 have bought their old flat and will be renting it out to Performing Arts students. The four new tenants each year will receive a $10,000 scholarship and mentorship from the band.

Official numbers on rent weren’t clear, but current tenants pay $205 each per week. The flat is double-glazed with a nice fridge and six bedrooms. Two bedrooms will be converted into studios, meaning only four tenants will move in. This means two rooms for Six60 members to crash in when they come to town.

Critic Te Arohi attended the band’s visit to the flat, which was packed with cameras and spectators. The front park area was strewn with broken glass and tins, and a red liquid had solidified on the inside wall. We found the band chilling on a couch in the front room. They told us that they were excited to “come back to relive our glory days, have another Flo-Week”, and to “keep an eye posted for new things coming soon”.

“We’re trying to broaden our audience,” said the band. Their current musical selection includes “bongos, piano, flute, rap, and ukulele, with one man stuck in Australia on the harmonica and guitar, he’s a double whammy. And we’ve got a new groove coming, called ‘Forget Your Roots’, watch out for it.” It was at this point that we realized we were interviewing the current tenants and not the actual band Six60.

The boys currently residing at 660 Castle said that it felt “pretty weird” to be the last to sign the flat the traditional way, and that “we’ve gotta do it justice now.” They said they had “no idea they were coming. Someone knocked on our door yesterday and was like ‘you all ready for tomorrow? Six60 is coming?’ and we were like oh sweet, that's good to know, better tidy up aye.”

They were stoked at the opportunity, but forgot to sweep the front glass garden. “It didn't even cross my mind to clean,” said one flatmate. “I didn't even get out of bed this morning.”

Then the actual band rocked up. They talked about how stoked they were to be able to give back to the city and enable artistic pursuits, and then took a walk around their new old property. Critic asked them if they knew what the red smear was on the inside wall. “Looked like blood,” said the band. But it wasn’t. Critic tasted it. It was tomato sauce.

Six60 told Critic that the buying up of Castle Street properties may not threaten the future of Dunedin culture. “This is sorta the beating heart,” said Matiu, “and Dunedin is unique to other universities. It’s a true student town. I can’t imagine that going away.”

“But who knows, man,” he continued, “The Cook’s gone. Gardie’s is gone. So I could be wrong. I miss all those old watering holes.” But any hints of doubt were overshadowed by a palpable excitement, as the boys in the band toured their old stomping ground.

Next year, four new tenants will inaugurate the new flat, and we look forward to seeing if their new landlords appear in the Tenancy Tribunal.