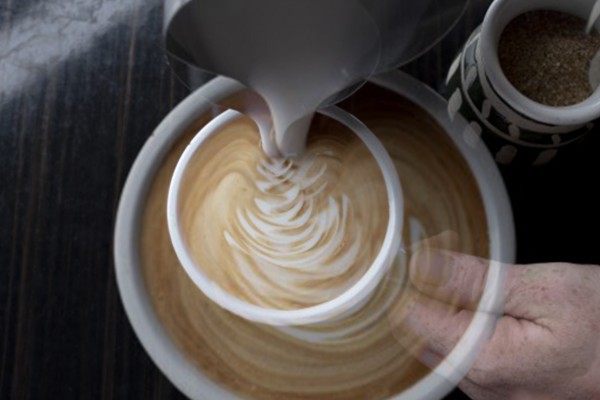 “The coffee machine made us do it”: staff claim management manipulated by maniacal coffee appliance

The cheapest coffee in town will now cost more than a coin, as Veggie Boys raises its price by a dollar. A regular is now $3, and a large comes in at $4.

The price increase comes during a change of management. Supreet, the new manager at Veggie Boys, told Radio One that the previous owners used a “very rickety coffee machine” that was stressful to use, broke down often, and “sometimes served bad coffee” (Critic can confirm that it often served bad coffee). That machine’s now gone, and a shiny new one will be dishing out hot bean juice for the foreseeable future.

A new machine costs somewhere between six and nine thousand dollars, which is part of the reason that Veggie Boys are charging more for a cuppa. “To be honest, [the price increase] does not cover our costs,” said Supreet. Labour, beans, milks and maintenance all run a high price tag, and the store had considered ditching the coffee option all together.

After “a lot of brainstorming”, new management at Veggie Boys decided to keep coffee onboard. New syrups, new beans, and a new machine all combine to “keep serving our student community and other customers.”

Beatrice said “well that’s probably good, at least from a health and safety perspective. Gotta stop people from drinking that shit coffee. It was dangerous. Now I’m willing to try it again.”

If you were happy with your cheap but marginal $2 coffee, you weren’t alone. Even if the drip was shit, “customers didn’t complain because coffee prices were too low to complain about,” according to Supreet. If you can’t be fucked coughing up an extra dollar for a better brew, maybe it’s time to re-examine your priorities.