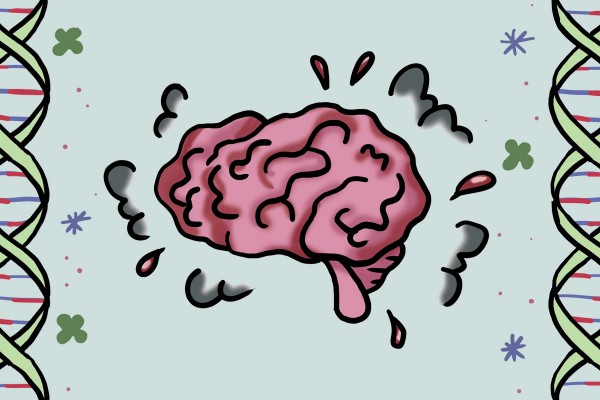 “You’ve gotta be fuckin’ kidding me, right?” asked Dan, a fourth-year. “Is that some sort of April Fools headline? Every single grad student I know is fucked in the head. Except maybe two.” The study examined PhD student mental health over the course of their degree, but the press release about the study spoke to “graduate students” in general. “Talk of a graduate student mental health crisis is abundant in academic and popular media, but a University of Otago study has found no evidence of one in New Zealand,” read the release.

“Oh man, that fucked me off. When I saw that headline, I was mad. So, so mad,” said grad student Kaitlyn, who is weeks out from submitting her thesis. Kaitlyn said that in her fourth year, “myself and one other were doing masters, and nine or ten others were doing honours. All the people doing honours had part time jobs to start, and all of them had to drop their part time work halfway through the year. The pressure was just too much. And these are grad students, like, they chose to be here. They’re motivated.”

The study attributed the “lack of a mental health crisis” to a more relaxed PhD track than a student might experience in the US or Europe. “That might be true,” said Kaitlyn, “but it still fucks me off that they put “graduate student” in the headline. Because that’s just absurd.” She said that of all the grad students in her cohort, “almost all of them” have had to extend their due dates because they couldn’t keep up. “All I could think about when I read that headline was: ‘I have literally developed a panic disorder over the course of my graduate degree.’ God, it fucked me off.”

The study concluded that there was “no evidence” of a mental health crisis amongst New Zealand’s graduate students, and that “poor mental health is not an inevitable consequence of PhD study in New Zealand.”