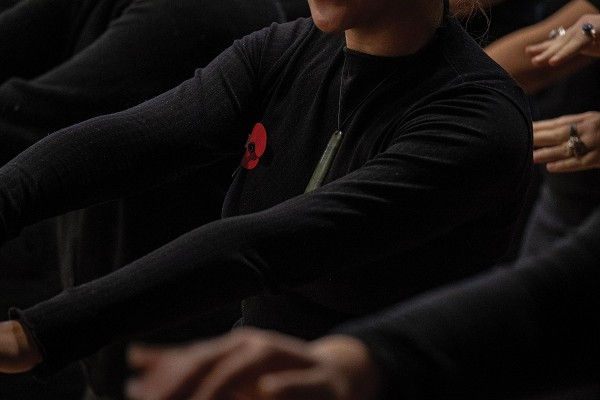 “Not as well attended as Gallipoli” says Critic’s resident American

Around 500 people of all ages attended OUSA’s ANZAC Day service, the first to be held on campus since 2019.

Held in conjunction with Te Roopū Māori and the University, the service was held in the Main Common Room, but attendee numbers meant the crowd ended up overflowing out into the foyer. Welcoming those in attendance to the service, OUSA President Michaela Waite-Harvey said: “After the events of last year, we especially value the opportunity to congregate together to remember those who fought, and to value peace.”

As an OUSA service, the experiences of Uni students and staff held a special place. Pacific Island Students Association President Melissa Lama read “A Toast to Absent Friends,” performed at the 1919 Capping Show as a tribute to the 500 students and staff who served in World War I. The Otago University Rugby Football Club read their roll of honour, sharing details of each member killed: What they studied, what team they played for, and how well they played.

In her ANZAC address, Michaela focused on the story of Frank W Guest, an Otago alumnus who, despite being a prominent lawyer in 1940, enlisted in the Army as a private. Astonishingly, even after being captured and held in a Prisoner of War camp, he began delivering lectures, “persevering in his pursuit of spreading and sharing knowledge, bringing a bit of that Otago spirit … and uplifting the lives of his fellow soldiers in that most hopeless of places.”

Tumuaki of Te Roōpu Māori, Karamea Pēwhairangi, began her speech with a haunting rendition of E Pari Ra, a tangi composed for Māori soldiers killed in WWI: “Aue! Me tangi noa ahau i muri nei/Te iwi e/He ngākau tangi koa” (“Ah! Tears fall/As I am left behind here/All of us/Utterly heartbroken”). She paid tribute to her pāpā, WWII veteran and later, Māori Battalion President, Nolan Raihania, before closing with a whakataukī: “Tiro whakamuri, kia anga whakamua i tātou” (“We must look to the past in order to move forward”).

Nick, a student, told Critic Te Arohi that the service was “very nice and balanced”. He pointed out the highlighting of Turkish forces’ experiences at Gallipoli, by historian Dr. George Davis, was a particularly good touch.