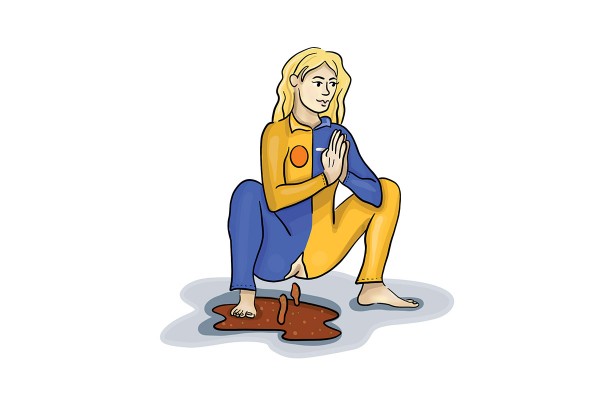 Someone Shat in the Zoo

Forgot to flush, too

Otago’s new Most Wanted is the man who shat in The Zoo at the rugby on 10 April. Described as “slender, blonde, curly-haired and unashamed”, this man is assumed to be highly dangerous and not to be confronted by the public.

Public shitting is a rare and serious crime, only second to serial shitting in severity. Police have not verified if this is a serial-shitter situation. The public is holdingtheir breath, and noses, in the meantime.

A girl at the ill-fated game said that she saw the man shit on his chair and cover it with a bucket. The shit was described as small, but smelly. “I noticed a guy behind me had his pants down, and people were joking that he must be having a wank,” said the witness. A wank wouldn’t be too alarming for the Zoo, but a shit is just too far.

“Then I noticed that the area behind me had totally cleared out, and people were holding their noses. There was this orangish-brown thing on the seat behind me.” The port-a-loo’s were allegedly just a thirty second walk away.

The criminal attended the rugby with his girlfriend, who tolerated his shitscapades. “They seemed totally unashamed. No remorse,” said the witness, who has requested anonymity to protect her safety. A remorseless shitter is the scariest kind.

“I just cant help but wonder,” mused another witness, “does he close the door when he shits at home? He’s too powerful.”