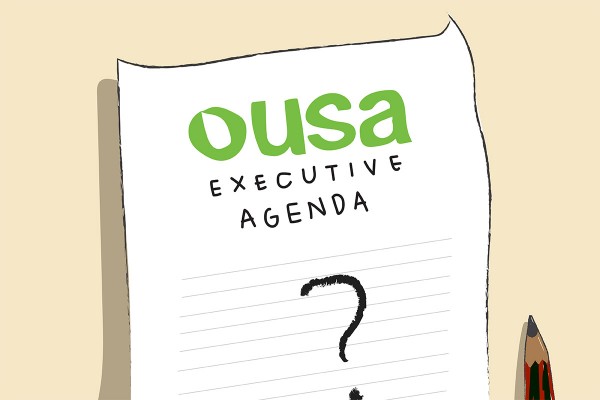 Voter turnout so low that you could definitely rig an election

Despite efforts by OUSA, students continue to be indifferent towards its governance.

OUSA leaders are tasked with making policy to ensure everything runs smoothly. This includes event planning, keeping the Uni from screwing students over, and providing safe(r) intoxication opportunities.

However, students are apathetic towards student politicians. This is visible in OUSA elections and referendums, where voter turnout is consistently low, with last year’s executive election and semester one referendums having around 10% turnout, while semester two referendums were even lower, at around 5%. President Waite-Harvey got elected with the support of 7% of all students, or 1579 votes out of around 21,000 eligible voters.

Michaela directly acknowledged this. “OUSA has seen a decrease in student engagement over many years. We have made it a goal this year to ensure that trend does not continue,” she said. More student voters actually help secure the Exec’s jobs. If a small, co-ordinated group of students were to attend an election, they could tip the scales with relative ease.

“We engage through our normal marketing channels, but beyond that the Executive is making it an aim to ensure we are focusing on issues, and bringing forward discussions that students find important — and have a reason to want to engage in.” The Exec are also proposing that Clubs have to attend their SGMs, which would increase student engagement by making it compulsory for some students to attend those meetings.

The issue becomes apparent the moment you talk to students. So far, most students Critic Te Arohi asked didn’t know what a “Michaela Waite-Harvey” is. “Could be a RAF level bomber, not too sure bro,” said one. Nor do they know much about, or even care about, OUSA politics.

One student commented: “Honestly [no one cares] because all the people who would are involved in student politics. It’s time consuming and dull.”

Students assume that politics are dull and boring and full of meetings, and they aren’t necessarily wrong. But OUSA voter turnout is so low that your voice actually does have a direct impact on their policy. It’s hard to get students to care about student politics because they don’t seem to realise that the student politics system is in place to let them make the changes they want to see.