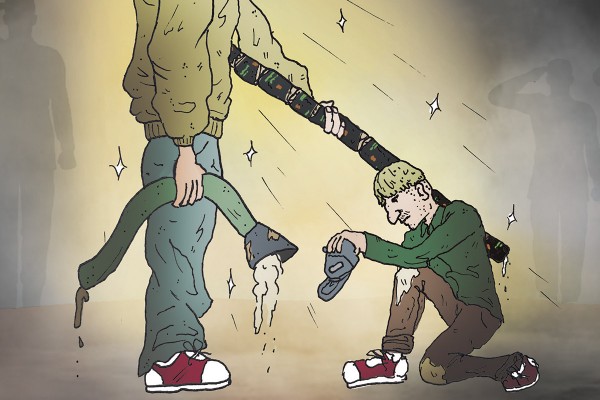 Two flats of students are unable to attend Otago in semester one because of flat initiations they organised at the end of 2020. The Proctor’s 2020 Discipline Report sets out the details of these initiations and the punishments students received.

One flat initiation involved four second year students hazing their incoming tenants, who were a group of six first years. Another flat of five students initiated five incoming tenants. The 2020 tenants (the ones who did the initiating) all got suspended for semester one of 2021.

It was not just the hazers but also the hazees who the Provost (the guy above the Proctor) decided to punish. The six first year students who were hazed “were referred [to the Provost] following a flat initiation event” hosted by the tenants of their future flat.

The event, the Report notes, “descended into several breaches of the Code of Student Conduct”. Those breaches included “forced excessive consumption of alcohol”, “demeaning initiation tasks that jeopardised their wellbeing and safety”, and “burglarising neighbouring flats”.

The group of six first years were each sentenced to 40 hours of community service and given a final warning by the Provost.  The other five first years who were caught “willingly participating” in their own initiation were given the same punishment, although they had not burglarised their neighbours’ flats.

At least two other less serious initiations were punished by the Proctor. The Discipline Report records that two first year students appealed their sentences of 30 hours for willingly participating in flat initiations. One student’s appeal was denied by the Provost and they had to complete their community service. The other student received a reduction to 20 hours for unspecified “mitigating factors”.

The Report does not specify the locations of the flats where these initiations occurred.

The Discipline Report also includes the Proctor’s Report on 2020. He noted that the Proctor’s Office will continue their initiative of visiting two-storey flats to prevent overcrowding at parties. “Risks associated with hosting social events and overcrowding were discussed, and flats were encouraged not to use the first floor when hosting social events,” he wrote. The Report notes that “students were very accepting of this advice” in 2020.

Further, he stated that the “Proctors met with 25 of the most historically problematic flats, neighbouring motels in early 2020 outlining rules and expectations for the year. This again assisted in improvement in noise related issues over the year”. Critic is working on getting a list of the most problematic flats. If you think your flat is one of them, hit up critic@critic.co.nz.